Home » English » Dilemma for scientists in the UK: return to the Netherlands or not?

Should I stay or should I go? That’s what many non-British scientists in the United Kingdom are asking themselves thanks to Brexit. Neuroscientist Rogier Mars has decided to stay in Oxford for the time being, while Rogier Kievit has left Cambridge for Radboud University. ‘The atmosphere has changed.’

Rogier Mars is group leader of the Cognitive Neuroecology Lab which is located half in Oxford and half in Nijmegen. Mars lives in Oxford with his wife and two children.

‘There is still much that is unclear about what Brexit is going to mean. The deal has only just been closed – hardly anyone has read it yet. My to-do list for today includes reading up on it. I have permanent contracts at both the universities of Oxford and Nijmegen. What does it mean for my tax payments for example? And do I still have healthcare insurance if I come to the Netherlands? That’s no trivial matter in these times.

The United Kingdom has become a less attractive place to live. Europeans grow up with the idea that there are no borders – that we can live and work anywhere. But that’s all changed for British citizens now. I will be treated differently at Heathrow from now on and my British wife will only be allowed to stay in the Netherlands for a limited number of days each year. These may be just little things, but they do make it clear that the old borderless way of life has gone. Not only that, but the atmosphere has changed. There’s more scope for open anti-European feeling in the United Kingdom. I don’t really notice it in my Oxford bubble, but I do see it on television and in the newspapers.

Moving to the Netherlands is an option, but we’d rather not. My wife has a steady job in Oxford. We have two young children. We’ll have to wait and see how the situation develops. There is more likelihood of us looking farther afield than the United Kingdom, and I’m seeing the same thing with European colleagues.

One thing I’m very happy about is that the United Kingdom is continuing to participate in Horizon Europe, the EU grant programme. That’s where British universities get a substantial part of their funding. I also expect the collaboration between Radboud University and Oxford to remain as intensive. Oxford University realises that they must not become isolated and it’s good for Radboud University too.

But the collaboration will become more complicated. For example, it will be more difficult to meet up with the entire staff of the lab. A Chinese or Indian colleague with a residence permit for the Netherlands will not be able to simply travel from Nijmegen to Oxford for a conference or a meeting.

In our laboratory in Oxford, we do a lot of work using animal brains. If an animal dies in the zoo in Copenhagen or Amsterdam, the brain is sent to us. Up till now, that could all be done thanks to European agreements. Now, it will involve more paperwork.’

Rogier Kievit, Professor of Developmental Neuroscience at Radboud University. Kievit worked at Cambridge University for nine years before moving back to the Netherlands with his wife and two children last year.

‘Our son has a disability which requires all kinds of medication, some of which is manufactured in Europe. Every time a no-deal Brexit was close to happening, we were stockpiling epilepsy medicines for him. A no-deal Brexit would have led to endless traffic waiting to cross the Channel and would surely have led to delays in delivery. Even now, some medicines have become unavailable in the United Kingdom. That’s a matter of life or death for some people.

We were really happy in Cambridge, but the idea of coming back won in the end. My wife is also a scientist and we mentioned that we were thinking of returning in the Netherlands. That really got things moving – we were each offered a professorship, which is a wonderful opportunity for both of us and which, without Brexit, we might not have taken. But Brexit was definitely the reason for us to keep our eyes and ears open for positions in the Netherlands.

However, I can’t recommend moving house in corona times. We had to buy a house, so we could make modifications for our son. We bought a house in April of last year, through video chat. We explored the neighbourhood using Google Street View. So the first time we stepped inside the house, we had already bought it.

In addition to the matter of our son’s medication, the election campaign before Brexit influenced our decision to move. It was said that the British schools were full because of all the children from Europe. Cambridge is very pro-European, but the thought that our children might be bullied because of this was an unpleasant one.

I expect Brexit to cause permanent damage to British science. Not that there’s any animosity among researchers, but it will certainly be more difficult to organise congresses in the United Kingdom. Brexit raises all sorts of logistical obstacles. Some European PhD and post-doctoral students will opt for more beneficial situations and go off to work elsewhere. Not to mention students, who will be required to pay three times as much in tuition fees. Up till now, those European students often stayed on to work in London for a few years after they graduated.

I’m now working on an application for an ERC grant. If it hadn’t been for Brexit, I might have done that from Cambridge but now I waited until I was in the Netherlands. If you’ve spent a year on such a grant application, and you get the grant, you naturally want to be sure that you’ll be able to spend the money.

The Netherlands is a better location for me and my wife right now. It’s more central and the fact that we both have jobs and are living in a nice house gives us peace of mind.’ 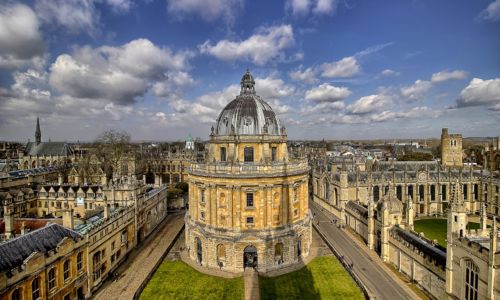