Laura Heinig worked as an activist and volunteer on the Greek island of Lesbos for two months. The documentary she made about that, is premiering in September.

Radboud alumna Laura Heinig (29) worked as an activist and volunteer on the Greek island of Lesbus this spring, where she supported refugees in their battle for a dignified existence. Because she wants to keep helping, even now she is home, she is making a documentary about the role of women on the island.

‘Since the Turkey deal, the island has a special status’

Heinig completed her master programme Antropology and Development in 2015, and after that she became active for the Nijmegen solidarity collective Just People. She supported refugees in Heumensoord camp, behind university campus. ‘Before, I was mostly focussing on South America. But when I saw there were so many problems closer to home, I wanted to do something.’ This spring, she left for Lesbos, together with her boyfriend. ‘Because I did not want to look away’, she explains. The two stayed in an appartment in the island’s capital. ‘The start was pretty confusing. There was a nice atmosphere, you did not see much of the misery. I was wondering how it could be so quiet.’

The explanation for this followed quickly: the refugee camp is quite far from the centre of the city. She saw a lot of busses. ‘When refugees walk the streets at night, there is a big chance that the police keeps them at the station, faking a ‘document check’ for a couple of hours. That’s why the last busses were always very full.’ Most refugees are treated like criminals, she says. ‘Frontex, the European border control, and the Greek police are using the special status that the island got during the EU-Turkey deal to test the limits of the state of law. It is a place that is in between, juridically. This leads to extremely bad conditions for refugees, including violence and random detention.’

Heinig herself was not allowed in the camp, so she did her work outside. ‘I have helped handing out food packages, I took people to the hospital, I helped filling in legal documents and gave advice about residence permits.’ Laura is critical about the care in the camp. ‘The information provision is chaos, there is barely access to juridical care or interpreters. Psychological help is also unavailable. That’s why we tried to support people in this.’

‘It is like walking through glue, you do not move forward’

In many cases, the situation was hopeless, she says. ‘It is like walking through glue. You do not move forward. Some refugees even go back, because they would rather risk their lives in their home country than on Lesbos. These are people who flee from violence, detention and oppression, do not forget that.’

Documentary
During her stay on Lesbos, Heinig shot material for a documentary film. The main stories in the film come from five women: Xenia, Nora, Casey, Cris, and Alice. ‘I met them during my work and gained their trust. They all have shocking stories that show the situation at Lesbos very clearly.’ She hopes that the documentary is screened at as many places as possible. ‘To create awareness. But also to show a more positive side. The power of solidarity, humanity and people meeting each other. And also of hope, because many people lose hope there.’

On September 16th, the film will premier in the Netherlands, on an open air location that will be announced later. At the Kaaij, you can see some fragments of it before that. The name of the film is not public yet. 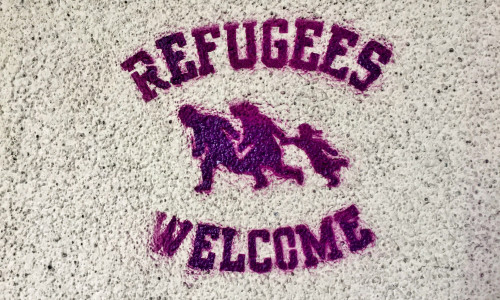 Call for more refugees in the classroom 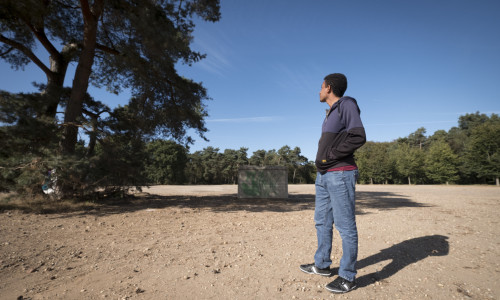 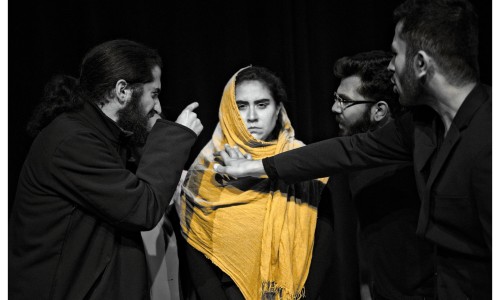