Dancing with a thousand people at the intro festival once again won’t be an option during the coming introduction week. The strict corona measures have made it impossible to organise the festival on the Honig grounds as the university had hoped. There will be an alternative, but with seating and at 1.5 m distance.

‘Cancelled again’, sighed introduction coordinator Dionne Aldus on the phone. Aldus organises the programme for incoming first-year students. ‘I knew that the festival was a vulnerable part of the programme, but I’d hoped that it would be possible this time.’

During the festival first-year students would be able to take part in all sorts of activities spread throughout the Honig grounds. There were going to be food trucks, live bands and initiatives by students associations. But that can’t be combined with the 1.5 metre distance that now applies once again to events and the required fixed seating.

Although the measures might be lifted by mid-August, the organisation can’t wait that long, Aldus explained. ‘Then we’d have too little time to arrange everything, like a new permit for example.’ And if the current regulations are prolonged, the festival would still have to be cancelled in that event.

But not everything is lost, hopes Aldus. She’s planning an alternative programme on the Honig grounds, which will be feverishly developed in the next few days and weeks. And one that complies with the current regulations: 1.5 metre distances and fixed seating or standing. ‘We want to organise a show twice a day for smaller groups of about 750 people. One group in the afternoon and one in the evening.’ Seated at tables, they could still enjoy the performances.

But the coordinator still can’t be certain about this plan. It has to be well-organised, she said, with regard to such aspects as safety. Now that the test-for-entry events proved far from secure, concerns have increased. Not only among a lot of young people but also at the university which, as the organiser, is responsible for the participants in the introduction events. Apart from this, a good atmosphere is essential – that’s the basis of every festival. Aldus: ‘We either do it well or we don’t do it at all.’

A new permit is needed and there are numerous other challenges. For example, there’s currently a big demand for tables, chairs and large tents because of the corona regulations. ‘And people can’t just walk around the grounds. That means that all of the food and beverages have to be served to them.’

Unfortunately, there’s no room for second-year students in the alternative plan, Aldus said. The university had initially hoped to also allow them onto the Honig grounds because their introduction week last year had been so limited.

If the festival has to be completely cancelled, there will be an empty day in the introduction programme. In that case, first-year students will have part of the registration fee refunded.

She emphasised that the rest of the introduction programme has remained unchanged for the time being. Sports events will take place, just like last year, and the arrangement of the introduction market makes it corona-proof. Students will walk in one direction along the stalls, which will be located along a tape spread over the campus.

In addition to the festival, some programmes had planned their own test-for-entry events during the intro week. Those events haven’t been definitively cancelled, said Aldus. “The programmes themselves can determine when to decide on this.” 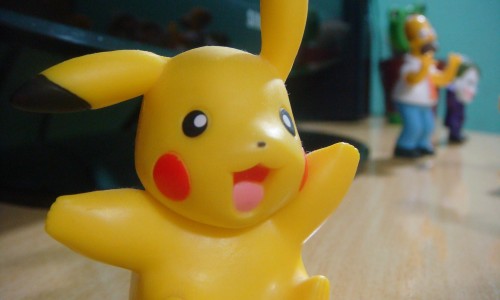 These were the favourite childhood video games of the Vox-editors