‘Who goes to study in Nijmegen, is forced into the university’s climate frame.’ Member of the House of Representatives Nicki Pouw-Verweij (JA21) is straight to the point in her Tweet: according to her party, Radboud University has overstepped her boundaries by forcing students to learn about sustainability in their study programmes. She has asked questions about it in parliament.

The cause is the university’s action on the 18th of November, during the so-called Radboud Impact Day. Radboud University announced they want to actively contribute to a better environment. In a video, broadcast on primetime television during the commercial breaks, viewers were confronted with the plastic soup in the oceans. Become a (sustainable) influencer, was the university’s message to (future) students and employees.

Ideological indoctrination, finds Pouw-Verweij, and an ‘indigestible’ mixing of science and activism. She predicts this will silence the voices of future critical thinkers. Moreover, the education on sustainability, she writes in her seven questions to parliament, is not based on science but on astrology. The member of JA21 asks Minister of Education Ingrid van Engelshoven to ‘build a dam’ to combat these types of campaigns.

Incidentally, in the field of climate science there is no doubt about humans’ direct influence on environmental issues and global warming. The international climate panel IPCC arrived at that conclusion last summer, among other parties.

In a written response to Vox, Radboud University has said the criticism they have been receiving is not undesirable. ‘We teach students to think critically, for example about the university, our education or the United Nations’ Sustainable Development Goals.’ Independent education and research are the foundation for this, the spokesman emphasizes.

Furthermore, the university sees contributing to a healthy and free world as an important motive. ‘That is why all our courses pay attention aspects of sustainability.’ This can be related to the climate, but also other themes, says the spokesman.

Pouw-Verweij did not respond to Vox’ interview requests. The minister has not answered the questions asked in parliament yet. She has a maximum of three weeks to do this. 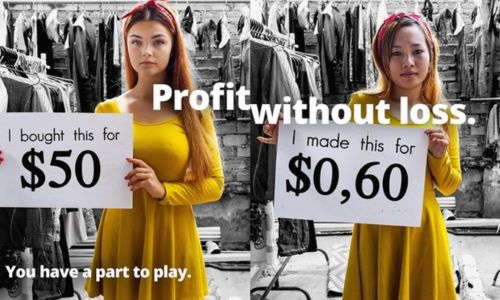