A person with a Dutch telephone number and an Indian accent called two Radboud students with a false claim of their BSN being suspended as the result of a crime in Amsterdam. Vox reporter and Radboud student Reuben Malekar was one of them – and discovered that the alleged suspension of their BSN was a scam. ‘Never provide any of those data over the phone and please report such malpractices to the police.’

On the 8th of December 2021, Roma – a student from Radboud University – received an early morning call with a false but worrying claim. ‘Someone claimed that I had committed a crime in Amsterdam and as a result, my BSN would be suspended until further notice.’

The BSN, or a citizen service number, is a unique personal number allocated to everyone registered in the Personal Records Database during their stay in the Netherlands – including students or workers who are only planning to stay for a limited amount of time. The BSN itself is necessary for everything from student finance to health insurance.

‘Someone claimed that I had committed a crime in Amsterdam’

Roma’s interaction with the scammers initially left him in a great state of panic that morning, he tells Vox. A few months later, Vox reporter and Radboud student Reuben Malekar received a similar call, also alleging that his BSN had been suspended.

‘The call starts with a recording – with the voice of a woman – which sounds professional and issues a warning that the receiver’s BSN has been suspended’, says Roma. Luckily, both Roma and Malekar refrained from giving out any crucial information, transferring money or providing remote access to their desktops.

In November 2021, DutchNews.nl reported more than 5,000 similar calls being reported to the anti-fraud hotline Fraudehelpdesk – with one woman even losing 5,000 euros, urging everyone to hang up immediately if contacted by scam callers and never to transfer money on the basis of a phone call.

However, Malekar managed to keep the caller engaged for 33 minutes. During the call, the scammers first tried to gather as much information on their victim as possible – including the name, address and the last three digits of the BSN number. Before ultimately attempting to gain access to Malekar’s desktop through a code to be entered on a website.

‘We have been made aware of an increase in scam phone calls, especially targeting international students holding a residence permit’, says the International Office of Radboud University in a mail.

Adding: ‘People, pretending to be representatives of a foreign embassy, the police, the Dutch Ministry of Justice and Security or otherwise, approach students over the phone to ask them for their personal and bank details, or even for the transfer of money under the threat that they will be forced to leave the Netherlands if they do not cooperate.’

Earlier this year, the International Office has sent out a warning via email, urging students to refrain from giving away any personal details or transferring money online to callers claiming to be from the Dutch police or the Department of Justice. ‘Never provide any of those data over the phone and please report such malpractices to the police’, read the mail.

‘This is a type of scam I’m afraid is not new to us’, says Jop Heinen from the Police of the East-Netherlands. ‘But people can always hang up and call the local police service (see box) if they are in doubt whether they are actually in touch with an official.’

‘The police have many ways to get in touch with people, also depending on the reason why we’re trying to get in touch – by mail, by phone or by ringing your doorbell. But when we do, we will always identify ourselves’, says Heinen.

‘This type of scam is not new to us’

According to Heinen, these scams are part of a wider network of calls which change their phishing strategies every day, making it hard for the police to warn people of the scam. Heinen advises to always hang up and reach out to your bank, family, police or whoever the person is claiming to be. And if someone has already given out information or transferred money? ‘We always ask people to get in touch with us so they can report a case of fraud.’

In case of fraud

When in doubt whether someone is an official, local police services can be reached 24/7 via 0900 – 8844 for confirmation. Additionally, more information about scams in the Netherlands can be found on the website of the Fraudehelpdesk. 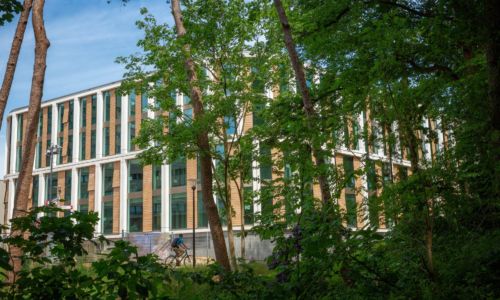 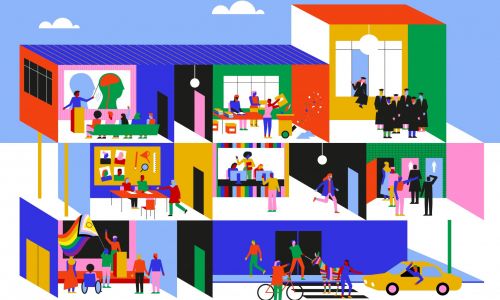