Scientists are critical of an NWO magazine which draws parallels between science and top-class sport. They say the comparison is a cliché and outdated too. NWO on the other hand aims to encourage discussion with the magazine.

‘Which price are you prepared to pay to reach the top?’ is the question posed in the summer edition of Onderzoek, the magazine of research financier NWO that came out recently. In the context of a summer full of sports, including the European Championship football and the Olympic Games, the edition is themed around science as a top-class sport.

Scientists find the metaphor distasteful. Social Media is full of their criticism, directed in particular against the column by Marcel Levi, who succeeded Stan Gielen as Chair of NWO in April. In the column, he draws a number of parallels between science and top-class sport such as working really hard, competition and self-sacrifice.

‘The comparison is ridiculous’, Maarten Kossman of Leiden University writes on Twitter. ‘The sole objective of top-class sport is to be better than everyone else. That is absolutely not the objective of science.’ He goes on to point out that research tries above all to generate more knowledge.

Mathijs van de Sande, Assistant Professor of Philosophy and member of the Works Council, is also critical. ‘Apart from the fact that it’s a terribly empty cliché, the metaphor just isn’t correct. And it’s harmful too.’ For multiple reasons, as he explains.

‘To start with, who becomes successful in science is partially random. The impression is given that you select the best people through grant assessments. But it’s often more a lottery, due to the low remuneration opportunities. A whole lot of good people get left out that way. And you might ask yourself whether you can use a one-dimensional term like ‘the best’ for a field which is as diverse as science,’ he says. ‘Plus the magazine seems to ignore all those other important tasks we have, such as being good at educating.’

But the thing he’s most surprised about is the distance that NWO appears to have to the university workplace, if you’re to believe this magazine. After all, there has been discussion for years about competition gone mad in the academic world, with all the negative consequences that brings. ‘People become overworked, suffer psychologically. And then I don’t understand how you can write that science demands self-sacrifice. Precisely that attitude is one of the major problems. It’s strange that NWO is apparently lagging behind in this.’

At present, by contrast, there are all sorts of initiatives aimed at acknowledging and appreciating scientists other than through research achievements lists. Paula Flikkert, chair of the E&W (acknowledge and appreciate) Commission at Radboud University: ‘Scientists try to push back the boundaries of knowledge, but that’s where the comparison ends. The market thinking and competition model have led to the crisis we’re trying to indicate and change with E&W.’ For example, her commission recently started up special dialogue tables in which scientists can discuss how things might be improved.

‘NWO understands that the magazine may come as a bit of a shock for people’, says spokesperson Poppy Savenije in a reaction. ‘That’s not our intention.’ The metaphor was chosen with the summer of sports in mind, she adds in a written explanation on behalf of the research financier. ‘Just as in sports, top-class scientists accept many hardships.’ According to Savenije, the magazine is intended to ‘open up the discussion with each other on developments, wishes and other opinions in the field of science.’ NWO invites everyone to read the entire magazine to get a complete picture. ‘You can see by the responses on Twitter that it’s an issue that people feel strongly about.’

Not everyone is averse to the comparison with top-class sport, however. ‘If we stop regarding science in the Netherlands as top-class sport, we will drop out of all the lists in no time and that will be the end of the knowledge economy’, Alwin Kloekhorst of Leiden University tweets. ‘If your university staff isn’t top-class,” he continues, “how are you going to teach students to independently analyse data sharply or set out arguments clearly on paper?’

Mark Dingemanse too, assistant professor at the Center for Language Studies, can go along with the top-class sports parallel, albeit with a cynical undertone. Both science and top-class sports are impossible to endure for any length of time, are bad for your health and the rat race is your own choice. He’s looking forward to the next edition of the NWO glossy, he writes in a Twitter thread, ‘with a foreword by Marcel Levi on “Science is organised crime” and of course the rebellious column by Willem Holleeder: ‘How keen are you to keep living?’ 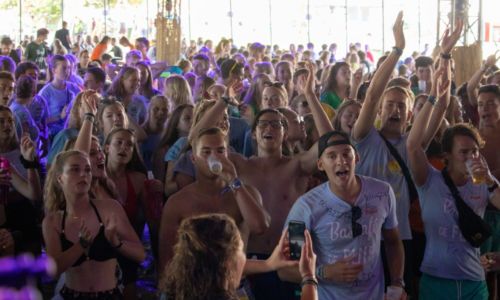