Radboudumc researcher Thomas van den Heuvel has developed an app that lets you make inexpensive ultrasounds. The app has proven successful in rural parts of Ethiopia, Sierra Leone and Ghana. The researcher received an award for the app from the NWO last week.

Is it standard to have multiple ultrasounds taken during pregnancy? This is perfectly normal in the Netherlands, but for many women in African countries it is a luxury they cannot afford. Rural clinics have neither the budget for ultrasound machines nor the required expertise. Radboudumc researcher Thomas van den Heuvel came up with a solution: the Babychecker.

Obstetricians can use this smartphone app to easily make an ultrasound and see the results directly on their screen. The goal is to detect complications with the pregnancy in time, thus preventing maternal death. Last week, Van den Heuvel received the Stairway to Impact award for his efforts, which is awarded by the NWO (Nederlandse Organisatie voor Wetenschappelijk Onderzoek, ed.) for research with a major societal impact.

According to figures by the World Health Organisation, roughly 94% of worldwide maternal deaths occur in poor countries. ‘Babychecker can’t fix all of that, but thanks to the app a lot of them can go to a hospital in time’, Van den Heuvel says. Using artificial intelligence, the app gives information regarding the pregnancy term and things that could increase the risk of complications during childbirth, such as having twins or a breech birth. And recently, the app is also able also locate the placenta. This is important information, because life-threatening haemorrhaging can occur during childbirth if the placenta is blocking the entrance to the uterus.

The scanning device that transmits the information to the phone costs 3000 euros. This is still a hefty sum of money for a poor rural clinic, but it’s a lot more manageable that a standard ultrasound machine, which can cost anywhere between 30,000 and 100,000 euros. Additionally, the app does not require extensive training for effective use. ‘You can train an obstetrician in the use of Babychecker in two hours; the main points are how to connect the device with your phone, and how the app works.’

‘You can train an obstetrician in two hours’

Van den Heuvel, now a post-doc, started the project for his PhD research. At the time he travelled to Ethiopia to test his software with obstetricians in practice; back then the software ran on a laptop. He was unable to return later because of the corona pandemic, but he continued his experiments via colleagues who worked in Sierra Leone and Ghana as tropical doctors.

His research showed that the app could reliably show breech babies and the duration of pregnancy in the second and third trimester. ‘We don’t have any data on the first trimester, because in those countries women don’t go to the hospital that early.’ Besides breech babies, Babychecker found 66% of twin pregnancies; the app couldn’t detect them if the babies had their heads turned in the same direction. However, Van den Heuvel emphasizes that the app never detected twins that weren’t there.

In the future the app should be able to recognise a lot more things, such as heart rate or the position of the shoulders. But van den Heuvel thinks you shouldn’t want to measure everything. ‘You should always ask yourself: do I have the means to treat this? If the answer is no, then knowing will only lead to stress.’

Van den Heuvel collaborated with Delft Imaging on the development of Babychecker; the company will carry on with putting the product on the market. It is uncertain whether it will be available in the rural clinics of all developing countries in the near future. ‘For every country you have to check how to finance it and how to take care of the logistics, by working with NGOs, for example.’

The Stairway to Impact award included 50,000 euros, which will come in handy for Van den Heuvel in his current research into using the same ultrasound AI in the Netherlands. Among other things he is looking into hip dysplasia, a medical condition that can occur in babies. If a paediatrician thinks a child may have this condition, they will transfer them to hospital for an ultrasound, where it will often turn out to be a false alarm. It would be ideal if paediatricians could check for this condition themselves. ‘Right now, this is not possible, because learning how to take ultrasounds takes a lot of training time.’ But with AI, that just might work. 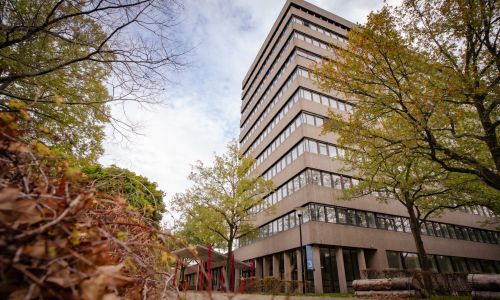 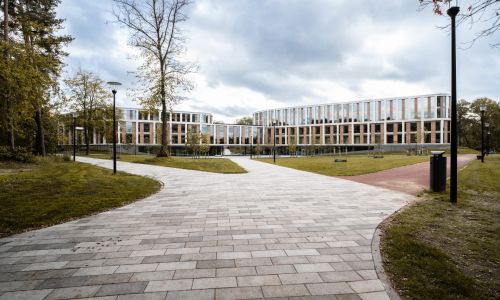