Three years ago scientific sociologist Willem Halffman made a name for himself as one of the greatest troublemakers in the Dutch academic world. Who is this man who makes it such a priority to criticize research and education? ‘In my lectures I try to make the heads of my students spin.’

Science historian Christoph Lüthy said: ‘You should ask him about horses and music.’ Is that your guilty pleasure?
‘Over the past three years I have been kinder to myself. I used to spend too much time in my head, and you can’t do that when you work with horses. They have an uncanny sense of social intelligence: if you walk into a stable they immediately pick up on your mood, and if you are stressed you can be sure that you will run into trouble with your horse. He simply will not accept it. You have to give your horse your full attention, and be patient. It’s not for nothing that horses are used in therapy to calm people down.’

Your passion is horses and music, so that means dressage, right?
‘Riding through the woods turned out to be more boring than I thought, so yes, nowadays I practice dressage, but the music aspect will only be added once I am more advanced. Dressage is an amazing interaction; when it goes well it is almost like a dance, a sport with an incredible depth of experience that brings you to another world.’

‘I always tell my students: ‘Only do things that you can get really angry about.’

Your colleague and friend Tamara Metze mentioned another passion: playing records. Did you ever have to choose between being a DJ and a researcher?
‘No, music is my hobby. Once a month I DJ in a café in the Staatsliedenbuurt. I enjoy finding out about music: how musical styles vary across cultures and periods, how a Greek merchant brought Cuban music to Congo, and how Ska emerged in Jamaica in the 1950s and 1960s, long before Bob Marley became famous with his reggae. It’s fascinating!’

So we can reassure Tamara that you are not likely to be lost to science?
‘Yes, you can reassure her. Music is fun, but it’s not important enough, I can’t really get angry about it. I always tell my students: ‘Only do things that you can get really angry about.’ You need inner turmoil to really commit to something.’

Knowledge factory
We know what does make you angry: universities that are no good. But after last year’s manifesto (see box) you have been rather quiet. Aren’t you angry anymore?
‘No, we wrote the first draft of the manifesto in 2013, and I’m not angry anymore. After years of criticizing, last year I decided to put my energy into something more constructive: together with the students of the Honours Academy, I decided to explore what an ideal university would look like. We see it as a kind of commons: a knowledge community where researchers and students exchange ideas, where we work together with organisations to deal with urgent problems, and where regular citizens can attend lectures.’

Which of the problems facing the universities today can be resolved with this commons concept?
‘The commons model is intended to replace the business model that universities are currently caught in: the knowledge factory, cookie factories for students. Why would regular people not be allowed to walk in and attend lectures? Why is the University being so difficult about making classes available online? Everything has to be paid for first, and society is saying: ‘We have already paid for this, via the tax system.’ The business model plays right into the hands of populists. ‘Why aren’t you there for us?’ they ask the universities that keep their doors shut. And rightly so.’ 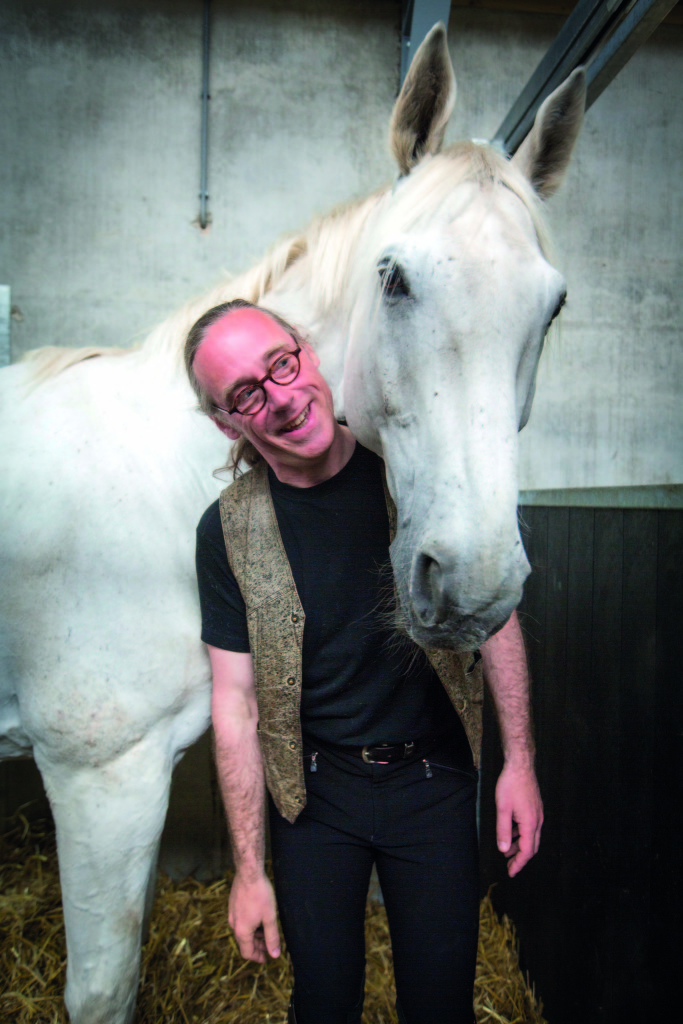 What makes you angry right now at Radboud University?
‘The argument we keep hearing for why we have to promote the inflow of international students that we hope to attract with new English-language Bachelor’s programmes. Why? ‘Because we have to grow.’ You can offer any number of counter-arguments, but the growth model, the revenue model, is so hard, that it’s almost impossible to counter. Teaching in English is nonsense: most students end up working for Dutch organisations, and by that time they can’t even express themselves properly in Dutch. It’s bizarre!’

Will this discontent lead to new protests, similar to those of last year? There seems to be a deafening silence on the frontline.
‘In Amsterdam the problems have been partially resolved in two committees. And there has been some improvement, for example with respect to the participational bodies. But I still hear students complaining all the time. What are we doing, for God’s sake?! Why are we cutting up what we teach into small bite-size pieces? Why are we setting such strict requirements, rushing people through the system? In my lectures, I try to make my students’ heads spin. I want them to forget everything they think they know, even if this means a study delay of six months. Not because I want them to be delayed, but because we need more time and space in our education system. I am certain that there will be a new crisis, but don’t ask me where and when. There are too many people, and not enough money.’

Tomatoes
Your Amsterdam colleague Hans Radder thinks you are brave for standing on the barricade last year for the new university, in particular since you were on a temporary contract at the time. Did you feel brave doing it?
‘To be honest, last year, I was scared. But I also thought: ‘If I can’t say this, then there’s no point in me working here.’ And then this year I was finally given a permanent contract. At last! I finally have the feeling that I’m welcome in this community. That I can claim my space, even though they know that I am likely to enter into a debate. That’s great! That’s how it’s supposed to be.’

The manifesto objects to the proliferation of temporary contracts. Is this also the reason that staff members are not feeling so brave?
‘It does make people less brave, but that is a side-effect, it’s not done on purpose. Universities are trying to grow using contract funding, and this means hiring people on a temporary basis.’

Christoph Lüthy refers to you as the epitome of the public intellectual. Do you plan to continue expressing yourself in this way, even if it has a negative impact on your academic career?
‘There are other things that get in the way of my career. I don’t publish much, because I only publish when I have something to say, and when I feel that I have understood a topic in depth. It also doesn’t help that I invest so much time and energy in teaching. I’ve designed a total of twenty courses. This is also not good for my career.’ 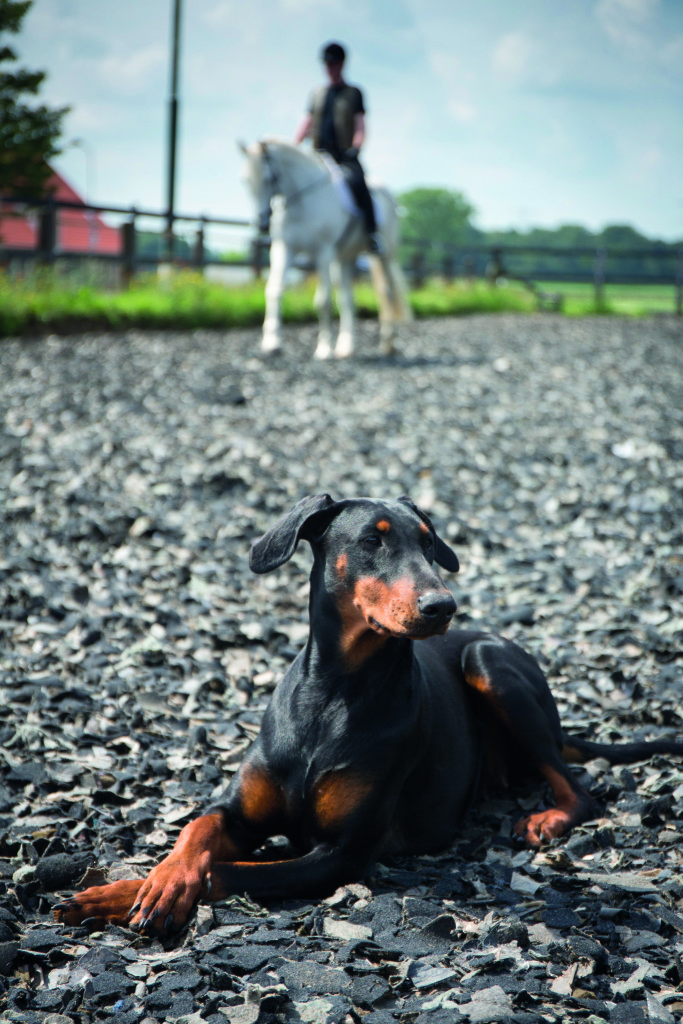 And teaching is something that you are incredibly good at. Serge Horbach, who is writing a thesis under your supervision, is wondering whether you are not more committed to teaching than to research.
‘I truly love both, and teaching is very important. Above all, students have to learn to think critically. The best moments for me are when I see someone having an Aha! moment in one of my lectures. ‘Oh, now I understand what you mean!’ That really makes my day.’

As a theatrical person you use all the tricks in the book. Twan Joosten followed your course on the History of Biology and he told us about a suitcase full of tomatoes that you used to bring the material to life.
‘Yes, I find that important. After spending an hour talking about tomatoes, I take them out of my suitcase and share them with the students. I tell them: ‘These tomatoes are really good for your memory.’ You can see the students think: ‘Tomatoes! Good for your memory?’ ‘Yes,’ I say, ‘because this is one lecture you are not likely to forget.’’

Modesty
You have a remarkable duality. You are both an activist and a modest person. Lüthy calls you ‘the leading unnoticed talent of the University.’
‘Modesty suits us. All our claims are temporary truths, the best we could come up with so far. This is something the general public doesn’t like, because people want certainty. This is precisely the kind of business logic that forces scientists to make claims in the media that they know are not quite right. One of the problems of the current university system is that it rewards people who excel at promoting their own ego.’

And then one day the modest man suddenly ends up on a podium as Mr Manifesto. Does this role scare you?
‘The man behind the words is still just as modest. Although I have to say that I occasionally like to stick my neck out. DJ-ing is also a bold act, as is teaching. You have to dare to show yourself. But now that the manifesto is done, I am just as happy to step down from the podium. I don’t want to be a demagogue anymore. I’m now working on an ideal commons model, and when the time is ripe, I will once again spring into action.’

A commons is also made of people, including ego-trippers, busybodies, and bossy troublemakers. How can we prevent our commons from quickly turning back into a ‘regular’ university?
‘Right now too much power lies with the control systems and indicators. Even administrators have the feeling that they can’t break free. We have to shift the balance of power to professionals and their social networks.’

Do we have to wait first for a definition of the ideal commons, or can students and researchers already start to build it today?
‘Everyone can do something right now. Throwing grains of sand into the machine is something we can do immediately. Invite people to attend your lectures, ask critical questions about your work or study programme. The university system is stubborn, but we are never just victims of the system.’

Vera Jansen, the manager of your department, would like to know the reason behind your incredible drive. What is it that motivates you?
‘Pride in my craftsmanship. Just as a carpenter enjoys a beautiful cupboard, I really enjoy a successful lecture. Or a well-written article. Then I can go home happy.’