Tim Hofman is the main guest at Radboud Rocks

Tim Hofman is the main guest at the coming edition of Radboud Rocks. He will come to Nijmegen for a Q&A with students. The theme: student wellbeing.

For the last two years, Radboud University has had to miss its birthday festival. But now, in the post-covid era, the party is back. Presenter and journalist Tim Hofman will come to campus on Wednesday May 25 to talk to students about their wellbeing. ‘Tim Hofman is an inspiring speaker,’ says Anouska Kersten of the communications department on the choice of the main guest. ‘He is caught up on what keeps students busy: think of performance pressure, loneliness and social safety.’

Hofman is, among other things, famous because of his YouTube series BOOS, in which he stands up for people who have been wronged. The episode (January 2022) in which he revealed the sexual transgressive behaviour of jury members of The Voice of Holland (a Dutch talent show, ed.) received over 10 million views. Five years earlier in Nijmegen, he was hit by the son of real estate tycoon Ton Hendriks when he entered their family office with a confetti cannon. The result: a broken jaw and a concussion for Hofman. A judge imposed a fine of 1250 euros on Hendriks, his son was sentenced to 180 hours of community service.

During his coming visit, he is safe up on a platform. Next to the Culture Café a stage will be built on which the journalist will tell his story. Afterwards, students can ask questions.

Musical artists will also perform during Radboud Rocks. One of them is rapper The Dean, also known as presenter Daan Boom of Streetlab who a year ago decided to make a career switch and turned it into a series on YouTube. Naturally, the Loco Loco Discoshow will make an appearance – they are always present – and DJs Wipneus and Pim will organise a pub quiz.

For the first time, the grassy fields between the Thomas van Aquino Street and Berchmanianum will also serve as festival terrain. Visitors can have a picknick, a drink or join any of the activities organised by student associations. Radboud Rocks, a festival for students, employees and alumni, has free entry. 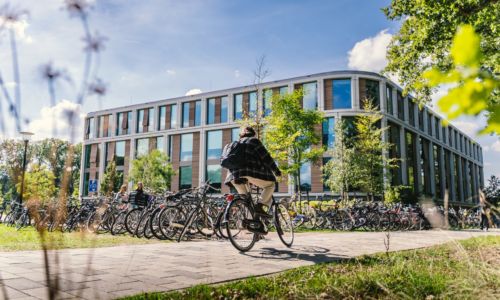 Climate scientists: ‘No new gas drilling in the Wadden Sea’ 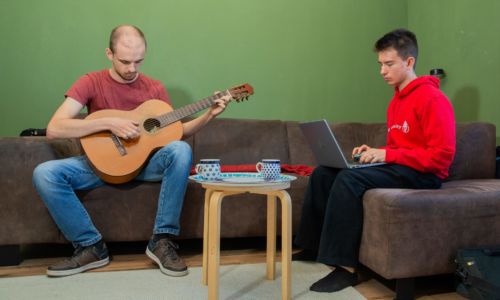