Do adopted children remember anything from their mother tongue, hidden in their subconscious? Mirjam Broersma, linguistics researcher at Radboud University, looked for the answer to this question, together with her colleagues. The answer? Yes, they do, even if they were younger than six months at the time they were adopted.

Mirjam Broersma grew up with two sisters who were adopted from South Korea. During her childhood, she wondered how the time they spent in Korea influenced her sisters. Now, years later, Broersma is a linguist and she researched the matter. Together with colleagues Anne Cutler and Jiyoun Choi, she studied the re-learning of Korean pronunciation for Korean adoptees.

Adults
Adopted children are, according to Broersma, very interesting from a linguistic point of view, because their language development came to an abrupt halt. ‘Researchers did find that they did not master the pronunciation out of themselves at a later age’, says Broersma. ‘But it felt counter intuitive that there would be no memory at all.’ That’s why Broersma tried to find out what happens when they try to re-learn the sounds.

They were delighted to see that subconsciously, some part of their Korean history was preserved.

She chose Korea for a reason. ‘Korea was the first country that sent children for adoption on a large scale’, says Broersma. ‘Those children are all grown up now. That is important, because we did not want them to have any conscious memory of their mother tongue. Only then can we test what they still know subconsciously.’

Emotional
For the study, Broersma took a group of Korean adoptees, all grown-ups by now. Together with a control group, they followed Korean pronunciation classes for two weeks. After that, the pronunciation of the sounds was judged by a group of Koreans. As it turned out, both groups had an evenly bad pronunciation at the beginning of the study, but after two weeks, the group of adopted people had improved significantly, while the control group stayed behind. It did not matter when the people were adopted. The subjects who were younger than six months at the moment they were adopted, did just as well as the ones who were toddlers when they moved to a new family.

That is an important result, according to Broersma. ‘We did know that children learn sounds in their first year, but nobody knew if they also did before the age of six months. By a detour, this research shows that they do.’

On top of that, Broersma stresses the emotional aspect for adopted children. ‘Many of them wondered whether they were formed by their experiences from before they were adopted. They were delighted to see that subconsciously, some part of that experiences was preserved.’ 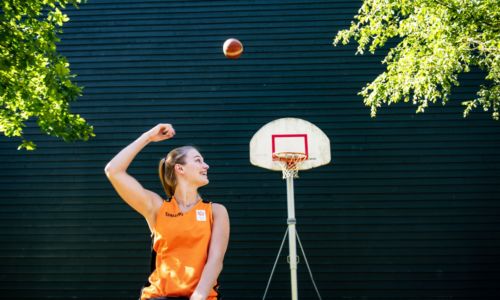