Board wants insight into numbers of refused Vidi applicants

Only three researchers in Nijmegen with a temporary contract applied for a Vidi grant this year. The Executive Board has asked researchers to come forward if they also wanted to write a grant proposal but were denied permission by their department. This will enable the Board to better evaluate its own pilot measures.

‘It was a disorganised process.’ With this mea culpa Han van Krieken opened the meeting to discuss the Vidi pilot, which was held in the Elinor Ostrom Building last Thursday. The new regulations had to be implemented very quickly last year because NWO (the Netherlands Organisation for Scientific Research) was relatively late in announcing its requirement for an embedding guarantee. As a result, exceptions to the requirements in Nijmegen became clear at a later stage.

NWO required Vidi laureates to be given a permanent or a tenure-track contract. Nijmegen then promised a permanent contract to all those submitting a grant if their departments considered them to be “Vidi-worthy”. NWO’s embedding guarantee is intended to reduce the number of applications in order to increase the chance of winning a grant. The NWO awards about 90 Vidi grants annually, amounting to 800,000 euros.

The results of the pilot in Nijmegen were not yet clear, said Van Krieken to the 25 researchers at the meeting. But the regulations will be extended for a year (with adjustments) in connection with the deadline for the next Vidi application round.

It’s still not clear how many researchers were refused permission to apply for a Vidi grant last autumn. ‘We are aware of one case,’ said Van Krieken. His suspicion that this number is greatly underestimated was immediately confirmed by Herman Geuvers, research director at Computing and Information Sciences. The professor of theoretical informatics said that at least six people at the natural sciences faculty were not allowed to submit a Vidi application. And a number of those present at the meeting later told Vox that they too had been denied permission.

The Rector asked researchers who felt they had been unfairly discriminated to meet with Petra Hendriks, who works with the Board from her position at the Human Resources Department. Their experiences can be taken into consideration when evaluating the pilot. The Board also wants to know how many researchers at each department had wanted to submit an application and how many were ultimately submitted.

The Rector was once again clear about one thing: financial reasons are ‘inappropriate arguments’ for refusing to allow someone to apply for a Vidi grant. Nowadays, institutions draw up multiyear budgets, which enables them to give employees more long-term certainty. ‘For example, by giving them a tenure-track position if they want to submit a Vidi application.’ There is certainly room for this in faculty budgets of 100 million, said Van Krieken.

The Board wants to decrease the number of temporary contracts and create more job security. ‘We actually feel that people who are ready to apply for a Vidi career-wise should be in a tenure track position.’ That requires a cultural shift, which isn’t evident everywhere on campus, the Rector conceded. It demands more flexibility to embed someone for a longer period in a department than what we now see in practice. ‘Perhaps that means that people will have to do more teaching or in subjects that are further removed from their field of expertise.’ However, there are also valid reasons for a refusal: the substandard quality of a researcher or his/her proposal or a poor match with current departmental research and teaching. According to the Board guidelines, departmental commissions should have formally indicated the unsuitability.

Fewer applicants with a temporary contract

The fear that the new local and national Vidi requirements would primarily affect temporary employees seems to be true. In Nijmegen Vidi applicants with a temporary contract were by far in the minority. There were only three (17%) as opposed to fifteen who had a tenure-track or permanent contract. In addition, there were also 4 applicants who do not presently work at Radboud University but who plan to come here if they are awarded the grant.

It isn’t know whether or not this proportion was different in previous years. Radboud University said it does not have the figures. The NWO’s figures show that, at the national level, the number of Vidi applicants with a temporary contract has decreased sharply. There were only 97 of them this year (22% of the total, slightly more than at RU) as opposed to 200 in 2017. This is more than a 50% decrease.

Researchers without a permanent contract (temporary or tenure track) were almost fully responsible for the decrease in the number of Vidi applications submitted to NOW in 2018 (-25%). ‘This group includes promising scientists who could perhaps have submitted a fantastic proposal,’ said Belle Derks, chair of the Young Academy, in a reaction to these figures in an article in the NRC.

Radboud University is in line with the national trend, although the number of applications before the peak of 2017 was also lower, this in contrast to the national situation. The Board hopes to have completed the full evaluation after the summer. 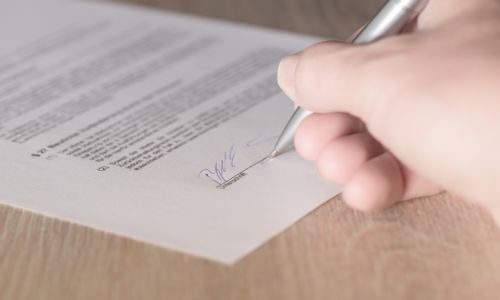