A new city, a new study programme: orientation week is thé moment to make new friends. Some of those friendships survive the tumultuous time after orientation. Like the one between Paula Hübbe, Gwendolyn Hermans, Neele Ulken, Leonie (‘Leo’) Adler, and Leonie Wagner, who met last year.

Leonie: ‘At first, we were two subgroups within our orientation group. There was Paula, Leo, and me, and Gwendolyn together with Neele.’

Paula: ‘To be honest, I first thought Leonie was going to be a bitch. And Gwendolyn was annoyed by all the Germans who cannot ride their bikes. She is Dutch.’

Gwendolyn: ‘They kept on hitting me!’

Neele: ‘Eventually, I moved in with Paula. At some point, almost all of us have stayed with her or lived with her for a while.’

Paula: ‘Now, we really are a friend group, the five of us. We do movie nights together, we party together, and we eat together a lot.’ 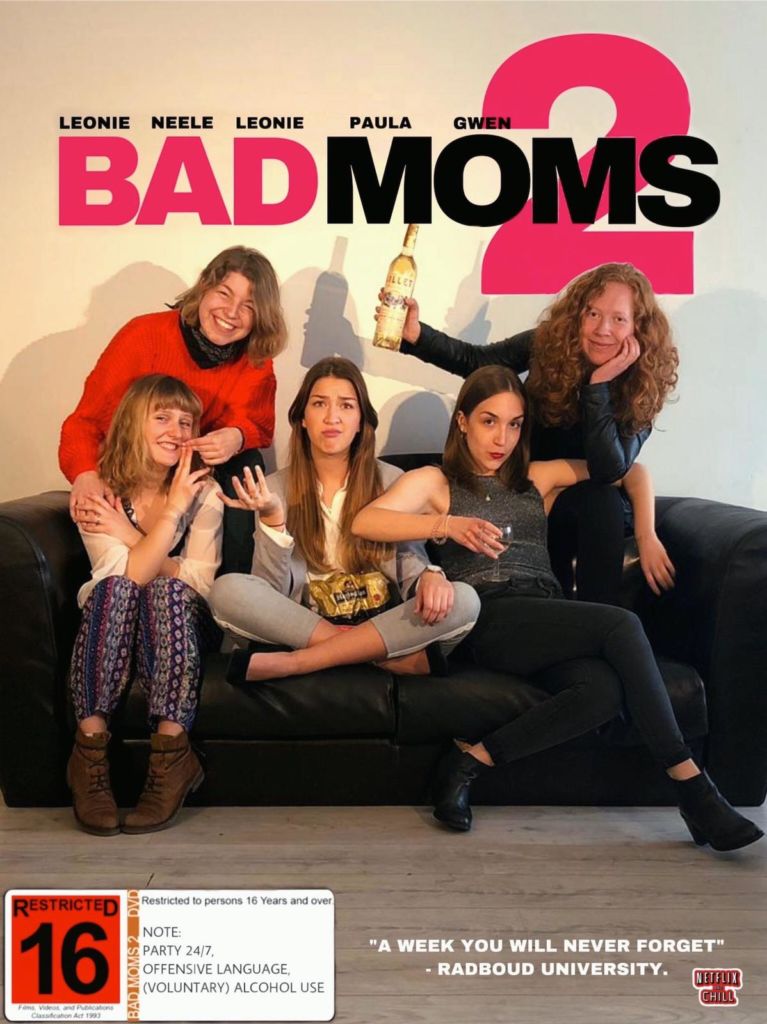 Leo: ‘And we signed up to be mentors together this year. We got the theme Netflix and Chill and had to do something with that. So we remade the poster for the movie Bad Moms. That was fun.’

Gwendolyn: ‘As mentor mommy’s, we try to be as enthusiastic and energetic as possible, to set a good example. Paula even did a rap. She is a natural rapper.’

Paula: ‘Our group is really fun, there’s a good dynamic. But we check if everybody is doing well all the time. We also push them a bit, to enroll in as many things as possible.’

Leo: ‘And we want to create a comfortable atmosphere for them. Also, we don’t want to stuff the programme too much.’

Leonie: ‘We really became friends in the moments between, in the free time. You get into conversations then, and that is very important too.’