The brain needs vitamins too

Bad food makes you fat. Everyone knows that. What is not so well known is that diet also impacts our brain and therefore our mental health. Will dietary guidelines allow us to dispense with Ritalin, antidepressants and other drugs in the future?

After the birth of her third child in 2013, Sara Bosman developed all kinds of physical symptoms, from joint pain to persistent fatigue. The cause of her symptoms was a mystery: no doctor could give her a diagnosis.

Bosman, who worked as a Clinical Psychologist and Behavioural Therapist in Flanders, decided to investigate the matter herself. ‘I came across a book by American physician Terry Wahls. An MS patient, she originally ended up in a wheelchair, but was able to overcome her disease on her own.’ Wahls’ solution? She radically transformed her diet and paid careful attention to the food and nutrients she consumed. Six months after starting on her new diet, she had exchanged her wheelchair for a mountain bike. Wahls has since become a symbol of hope for patients with autoimmune disorders like MS.

‘I used to eat a lot of bread and pasta and I was addicted to sugar.’

This story inspired Bosman to switch to a different diet, one focused on vegetables, nuts, and healthy fats from walnut and olive oil, avocados and seeds. ‘I used to eat a lot of bread and pasta, and like many people, I was addicted to sugar.’ Within a short period of time Bosman’s symptoms melted away like snow, she felt less irritable, her mood improved, and she was motivated to exercise more and start all sorts of projects.

In 2017, having followed an American online course in Nutrition Psychology, Bosman founded the Centre for Nutrition Psychology. Since then she’s been teaching courses and using her knowledge of nutrition to help others. ‘There are quite a few nutrition psychologists out there, but most of them look at how well-being affects people’s eating habits. We turn this around: what kinds of foods can you eat to feel physically and mentally well?’

Bosman is not alone in her belief that food plays an important role in our mental health. A growing number of researchers are convinced that healthy nutrition is an important factor not only for a healthy body, but also for a healthy mind. In their opinion, diet impacts a variety of mental illnesses, from anxiety disorders and dementia to depression and ADHD.

Esther Aarts, neuroscientist at the Donders Institute, knows about these studies and takes them seriously. ‘Researchers no longer believe that our brain is completely separate from the processes occurring in our body.’ 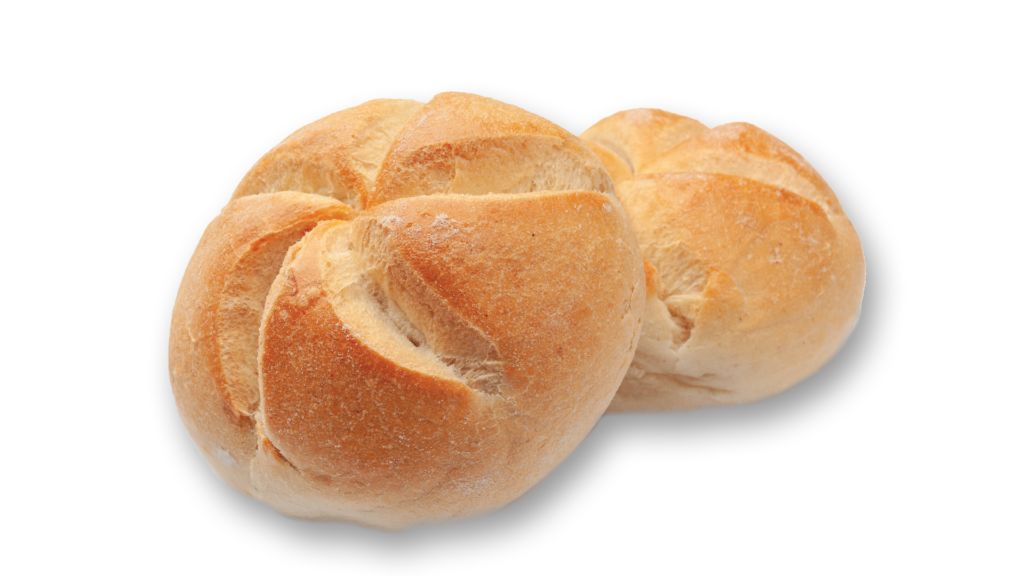 But how do the body and brain interact? Through various kinds of processes in our body. An important role is played by the intestines. Aarts explains that a healthy diet contributes to an intestinal wall that remains nicely sealed. ‘When that’s not the case, we say people suffer from a leaky gut, which means bacterial particles can enter the bloodstream through the intestinal lining. This causes inflammation in our body and in our brain.’

To combat this inflammation, our body is forced to use substances that are also needed for other physical processes, for example to create important brain chemicals like neurotransmitters. Take serotonin, which stimulates memory, self-confi dence, mood and libido. Or dopamine, which makes us feel satisfied and rewarded, for example after a long day of hard work.

But the gut’s influence goes further than this. Aarts mentions Parkinson’s disease. Increasingly, research shows that the gut forms a breeding ground for this disease, which results in the accelerated die-off of brain cells. For example, researchers at the Johns Hopkins Hospital in Baltimore injected a protein that is associated with the onset of Parkinson’s disease into the intestines of mice. They then observed the effects on the brain: the mice developed symptoms typical of Parkinson’s. Apparently, the disease was able to move from the gut, via the nervous system, into the mice’s brains.

A spectacular finding, Aarts agrees. At the same time, as is often the case with highly promising new research, the results are made to look more dramatic than they are – as if we have now discovered a cure for Parkinson’s.

There are, for instance, high hopes for drinks containing living bacteria that have a beneficial effect on our guts. ‘We call them probiotics. But it’s not yet clear whether everybody benefits from drinking them. We’ve studied the effect of probiotics on healthy students, and observed no effect on the brain or on behaviour. It was only when students were under stress that probiotics became effective.’ According to Aarts, it’s therefore more likely that people who already experience problems will benefit from probiotics, but even then: not everyone, and not everyone in equal measure.

One disorder that is extensively studied in Nijmegen – and for which researchers are specifically focusing on nutrition – is ADHD. At Karakter, the centre for Child and Adolescent Psychiatry, researchers are conducting a large-scale study on children who suffer from ADHD to see how diet can reduce their symptoms.

As early as 2011, researcher Lidy Pelsser concluded in her PhD, which she defended at Radboud University, that 60% of children suffering from ADHD would greatly benefit in the short term from following an elimination diet, in which different foods are systematically eliminated. Karakter’s current study, TRACE, builds upon this work, though the researchers are mostly interested in the long-term effects of dietary guidelines and the underlying biological mechanisms.

The first Food Pyramid dates back to 1953 and was intended as a guide in times of food shortages. Cod liver oil was one of the recommended foods. The Pyramid was last revised in 2016, when we were advised to eat more vegetables and less meat, especially red meat. It is healthy to eat a handful of nuts a day, and legumes have been moved to the protein section, alongside meat and fish. Coffee is fine, provided you don’t add sugar.

To this end, researchers compare two diets: a balanced diet and an elimination diet. The latter involves eliminating foods that may trigger ADHD symptoms. After a couple of weeks, these foods are reintroduced into the children’s diet one by one, until the symptoms return. This is seen as a sign that a recently added food plays a role in the onset of symptoms. ‘This can differ per individual child,’ says researcher Margreet Bierens.

The children who take part in the study are closely monitored – by means of behavioural observations, physical examinations, brain scans, and analysis of blood and faeces – and the researchers hope this will help them obtain a good idea of all the crucial physical processes and how they are impacted by food. ‘What works for which child and why? Which diet works better: a balanced diet or an elimination diet? And which diet are children most likely to stick with? These are all questions we hope to answer,’ says fellow Karakter researcher Annick Bosch.

With the TRACE study, Bosch and Bierens hope to lay the foundations for a more effective and customised treatment of children with ADHD. Researchers note that there’s a great demand for it as a growing number of parents are reluctant to give their children medication, and because medication doesn’t always have the desired effect. ‘A change in diet could form a scientifically validated alternative.’

Sara Bosman confirms that dietary changes can offer an alternative to medication for many people. ‘It’s outrageous to see how many people are prescribed anti-depressants. Don’t get me wrong: I’m not against using medication, but only when all other solutions have been ruled out.’

Bosman pleads for what she calls an integrative approach: she doesn’t have a ready-made protocol for all patients, but looks instead for underlying mental and physical causes and possible treatments. Every person is different. ‘One approach might be to combine psychotherapy and lifestyle changes. More exercise, eliminating stress factors, taking a walk in the woods on a regular basis, or a change in diet – all these can contribute to positive change.’ According to the Flemmish psychologist, only once these adjustments turn out to be inadequate should we consider introducing medication. 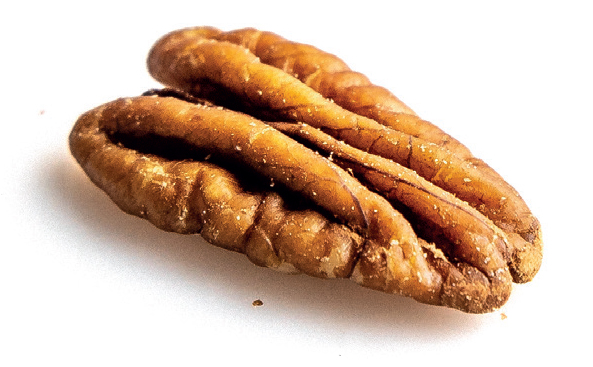 This kind of integrative approach may also include food supplements, although we shouldn’t expect too much in terms of their effect. Bosman: ‘We have clever pills containing vitamins and minerals that many people lack, like vitamin D, zinc and magnesium. But in a supplement, these substances are isolated. In food, they come with enzymes to help digestion and absorption in the blood. Also, food may also contain substances that we aren’t aware of yet. Ultimately, nature is smarter.’

Bosman believes supplements are needed when deficiencies are so severe that people cannot eat enough to compensate for them. Because of these deficiencies, the brain may produce too few brain chemicals like serotonin – with the resulting consequences. And someone with not enough amino acids in their blood will crave sugar (there goes another chocolate bar!). According to Bosman, temporarily raising the level of amino acids with supplements can help break the negative cycle in people’s diet.

But what is a healthy diet? According to Aarts, if you stick to the Food Pyramid of the Netherlands Nutrition Centre, you’re doing quite well already. ‘What’s good for your heart and general health is also good for your brain,’ says the neuroscientist. As little processed food as possible, lots of vegetables, fruit and wholemeal products.

Nutrition Psychologist Bosman thinks the government should make its recommendations a bit more radical, or at least customise it to individual needs. ‘The Food Pyramid is fine for most people, but not for everyone.’ She believes traditional nutritionists often try to compromise. ‘They don’t want to tell diabetes patients to stop eating bread. And this while adopting a diet that suits them – i.e. one without bread – could often completely eliminate their symptoms.’

Esther Aarts agrees nutritional advice should be more customised, but also sees the danger in this for an organisation like the Netherlands Nutrition Centre, because its message can become too complex. ‘Personalised medicine is a trend. I can imagine nutrition moving in a similar direction. We could make the Food Pyramid more specific for different groups or even for individuals – for example, a child with ADHD who doesn’t respond well to a food that’s part of a healthy diet for other people.’

This is because the science of body, brain and nutrition is still developing. ‘We used to look primarily at specific nutrients, but now we focus on dietary patterns as a whole and the interaction between all foods. Not to mention the effect of environmental factors.’ Aarts tells us that she recently applied for a major grant to conduct a study to investigate lifestyle as a whole.

Because we still have a lot more questions than answers. Aarts: ‘We still know very little about the mechanisms behind the impact of food. Who benefits from a specific treatment, and who doesn’t? And why? Can we explain it by looking at the brain? These are questions I’d like to be able to answer.’ 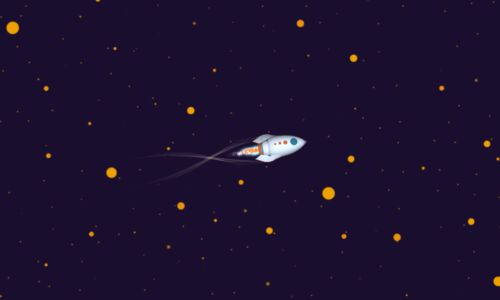