One million euros per year. According to professor of astronomy Heino Falcke, that is what is required to be able to remain among the global leaders in the research into black holes. Now that NWO is cutting its support, the situation is becoming pressing. The Radboud University might aid.

‘The Netherlands stops funding the black hole telescope’, Dutch newspaper De Volkskrant’s headline read last Saturday (article in Dutch). What exactly is happening? Heino Falcke’s research group has trouble finding funding to continue their research into black holes. In the newspaper, the professor of astronomy expresses the fear that “we” will no longer be able to participate among the world’s best.

Last spring, Falcke made global news as the figurehead of the worldwide EHT consortium that took the very first photo of a black hole. The cosmic giant is at the centre of the M87 galaxy, 55 million light-years away from Earth.

After this milestone, the EHT (Event Horizon Telescope) team wants to move on. The next steps are a photo of the black hole at the centre of our own galaxy as well as moving images. The astronomers also want to add other telescopes to the network that currently consists of eight instruments.

However, to do this, money is required. And while the Americans in the consortium have just received a commitment for 12 million dollars, the counter in the Netherlands still lingers at zero. Four of Falcke’s applications with the Dutch Research Council (NWO) were recently rejected. The astronomer expects that European grants, if any, will not be disbursed earlier than 2021. And that would be too late. There is still money for next year, but after that, it will become difficult to appoint temporary researchers such as PhD students and postdocs who do a lot of the daily work.

Should you have written better proposals?

‘I don’t want to spend too much energy on the reasons why they were rejected. It could be compared to football: there is no sense in arguing with the referee. It is what it is.’

‘You know, there has been an incredible amount of attention for the photo of that black hole. Worldwide. I also put a lot of time into outreach myself, in the form of lectures and media appearances, for example. I think it is important to share the results, but it also creates high work pressure. Perhaps in that situation, one cannot write the ideal research proposal.’

What is to happen now?

‘We are still in the consortium for the time being. We’re not just kicked out on the spot, but there needs to be money at some point. Otherwise, they will say: those beautiful results are nice, but they are also something from the past. During a joint meeting last summer, I had nothing to show. I can assure you, that doesn’t feel nice.’

Why should we keep investing in the Dutch share in researching black holes?

‘We have built this project from the ground up and invested in it. Now we can finally reap what we sowed. We have a photo and we can build on it. I have become a figurehead of the project. It would be a shame to stop now.’

What needs to be done?

‘Additional structural funding for scientific research is needed in the Netherlands, including funding for long-term projects such as this one. We cannot have ever increasing numbers of students and at the same time refuse to invest more money in universities. Competition for money is good, but there are limits to the benefits of that competition. The success rate is very low, sometimes only seven percent. We need to find a better balance. I hope that this discussion will be even more ongoing now.’

There is also some disgruntlement. A rejected grant application is “business as usual”, various researchers say. Why should you be an exception?

‘I do understand their point of view. They feel the same pressure as I do to get that research funding. But I speak for myself. I think it is a waste of all the time and money that has already been put into it.’

How much money do you require?

‘I think around one million euros per year, structurally. I don’t think that is a ridiculous amount. But others say that many other things could be done with that money.’

What if that money does not appear?

‘Then I’ll be facing a quiet time. I will finally be able to write a book about our discovery. Given the highly busy time I just went through, that would not be a punishment at all. I don’t need to be pitied.’

Does that mean you have no plans to leave the Netherlands, as your colleague from Leiden, Remo Tilanus, says he is considering?

‘I haven’t thought about that yet. I like being here. One of the things I like about the Netherlands is that we always work things out eventually.’

Radboud University shares Falcke’s worries, said spokesperson Anja van Kessel. ‘This concerns world-class Dutch research that we want to continue to see among the best in the future.’ It is a joint challenge from universities, subsidy providers and politicians, she continues. ‘It makes no sense to point fingers and blame for the lack of funding. Nobody wants the Netherlands to miss the opportunity.’

Radboud University itself is also looking into whether it can support Falcke. Van Kessel: ‘It involves large amounts of money, but we will be happy to discuss with him to see how we can ensure the necessary continuity. Financially, but also in other forms, such as lobbying, for example.’

Last year, the university had ten million left over from its budget. Could that not be used for this? It is not that simple, Van Kessel responds. ‘That is money that flows back to the budget and for which new policy is made. It is not a source from which we can draw freely and to our heart’s content.’ 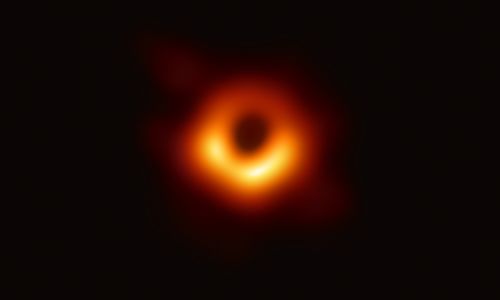 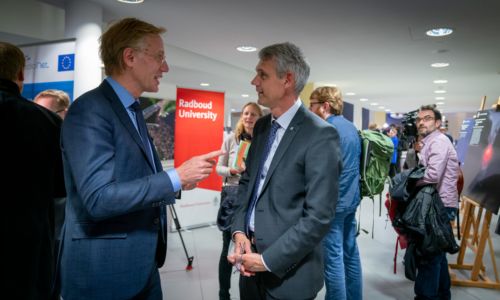 Robbert Dijkgraaf: ‘This image of black hole is a crucial breakthrough’ 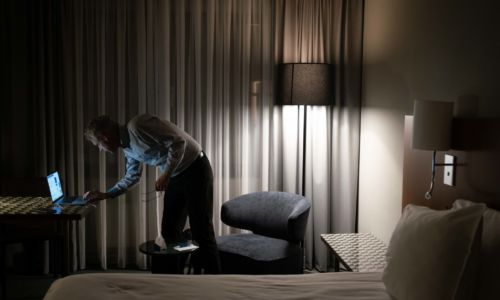 This is how Heino Falcke experienced the presentation of his breakthrough