Home » International » The corona crisis will also affect Radboud University financially, but how?

The corona crisis will also affect Radboud University financially, but how?

The catering industry, the cultural sector and the airlines have been the first to be hard hit by the corona crisis. But universities will also be facing cuts. And the effects could linger for a long time, thinks Wilma de Koning, chair of Radboud University.

De Refter, the Cultuurcafé and all of the other canteens and coffee corners at the university have been closed for weeks. That must cost them a lot of money.

Wilma de Koning, chair of the Executive Board: ‘That is indeed income that immediately disappears. And don’t forget the sports centre, where we no longer receive subscription fees. The university also has various organisations with private incomes. Radboud in’to Languages, for example, and centres for post-academic education.’

Peter Bosman, director of finances: ‘We’ll lose a couple of million until the summer. But we also see some financial windfalls in the short term: many vacancies will not be filled yet and new interfaculty programmes will begin later. It’s impossible to oversee the effects for the rest of the year – that depends on the scenarios. Will everything open up again or not?’

‘It’s a question of plusses and minuses, and we expect that the minuses will be much bigger’

De Koning: ‘For the long term, many things are still unclear. How much study delay can we avoid? Our budget for the academic year 2021-2022 is partly determined on the basis of the number of students who graduate this year. And the PhDs (for which the university receives funding when completed, ed.): will they all continue?’

Huge numbers of international students are expected to remain in their own countries. The university will miss out on the tuition they pay.

De Koning: ‘Yes, we expect a lower influx. But I’ve also heard that more secondary school students are going to study, because the job market is so uncertain. It’s a story of plusses and minuses, and we expect that the minuses will be much bigger.’

Bosman: ‘Because we have a relatively limited share of international students, we can oversee the impact of a lower international influx. Foreign students also cost money, so it doesn’t make much of a difference in the end.’

So the university can sustain this loss?

Bosman: ‘In the past few years, the university has had a financial surplus. At the end of 2019 we were ten million euros in the plus. So we’ve built up some reserves. We can use this to compensate for the loss in the months ahead. But if this crisis continues, the effects will be larger and we’ll gather with the other members of the VSNU (the Association of Universities in the Netherlands) to speak with the ministry about maintaining and safeguarding the financial flows.’

De Koning: ‘We know the way to The Hague if we need extra support, but at the moment we’re not at the head of the queue. Other sectors are facing acute financial problems.’

What is the right moment to make yourselves heard?

De Koning: ‘We first have to see how large the problem is. There are factors that delay our financing from The Hague so, in the short run, we have enough money to be able to pay our bills. That seems like good news, but it can also mean that the aftereffects of this crisis will be felt for a long time. There is so much uncertainty for the long term. Also with regard to research. When and in what tempo can suspended research activities resume? Most of the research involving humans has been discontinued. Will there be compensation for all of the delay?’

‘Will we see a mix of working from home and working at the university after the crisis?’

How will you deal with that? By offering fewer permanent contracts, whereas you previously said that ‘permanent’ should be the standard again?’

De Koning: ‘If someone can get a temporary contract, then of course that’s an option. The VSNU is also holding discussions with the Ministry of Social Affairs and Labour to see if the terms and conditions for this can be made more flexible. In addition, a conditional contract could be an option – an appointment that’s permanent as long as there’s work or financing. If there’s no other solution, we’ll start offering many more contracts of that sort than we’d originally planned to.’

Another issue involves the university’s real estate plans. A new building was going to be constructed where the Spinoza Building now stands, and the Erasmus Building would then have a new function. Will these plans be postponed?

De Koning: ‘That’s possible, nothing has been decided yet. An exploratory study is now underway into the possibility of a new building for the humanities at that location. By the way, the restaurant in the Huygens Building is still being renovated as planned, and the former administrative building is still being converted into a location for large-scale digital exams. We still have to see what the impact of the corona crisis will be on our investments in the long term.’

‘And I wonder what the world will be like after this crisis. Will we all once again drive in congested traffic to campus each day, like we did before the crisis, and spend the whole day sitting at our desks before leaving at five o’clock to drive home in another traffic jam? What sort of madness is that? Or will we shift to a mix of working from home and working at the university? It would be good to think about that now, since that could have a direct influence our real estate vision. Do we still need all those buildings?’

Many students are worried about the financial consequences of a study delay and loss of work. How can you help them?

De Koning: ‘The minister has already made it possible for students to borrow extra money from DUO (Education Implementation Service). But we also want to help them. We’re thinking about a fund, but we want to first discuss this with OCW (the Ministry of Education, Culture and Science) and other universities in order to limit the differences between universities in that respect. It shouldn’t matter if you’re a student in Nijmegen or at another university.’

If that happens, are you willing to put money into the fund?

De Koning: ‘That’s not allowed by law. Of course you want to help everyone, but that’s not our primary task. Our primary task is to teach and do research.’

Many students have a stand-by contract via Campus Detachering and are no longer being paid. Couldn’t the university also do more to help them? You could say: we’ll continue to pay part of the wages.

De Koning: ‘We’ve already done something for them: we paid students employed by Radboud University and Campus Detachering until 1 April whether or not there was work for them. We’ve also looked at the national regulations for this. It’s a question of conscience: what’s the difference between a student who works for us and one who works elsewhere? Why should we compensate the student who works for us but not the other one? It doesn’t feel right to continue to pay our students. But we’re more accommodating in other areas: for example, we lend laptops to students who don’t have a computer at home.’

If you compare this crisis to the financial crisis of about ten years ago, which is the worst?

De Koning: ‘It’s too early to tell, but I feel that this crisis is more intense and will last longer.’

Bosman: ‘I think so too. The previous crisis had less of an impact on us – at that time the national debt increased, but the financing of the universities was safeguarded. That’s also important now. As a university, you can turn a few knobs, but in the end you’re dependent on stable government financing.’

De Koning: ‘We can always fall back on our reserves. If that turns out to be necessary, we’ll do it. But we don’t know yet – we don’t have a crystal ball. We’re good at financial housekeeping, but it’s very complicated to predict how things are going to go.’ 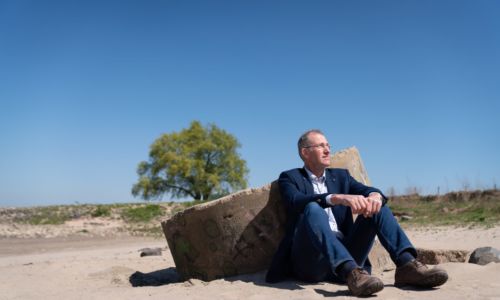 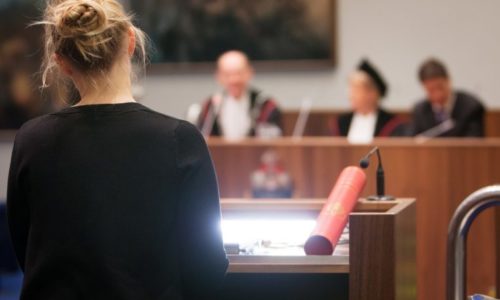