Do you spend your time polishing your CV or lifting weights at the gym? Everyone claims to be unique these days, but VOX was still able to distinguish five types of students.

Following a 1992 study, Cultural Psychologist Maerten Prins concluded that different faculties attracted different kinds of students. ‘Law students were primarily materialistic and politically right-wing, sociology students were strongly left-wing and socially involved, and medical students were very career-oriented and saw a bright future for themselves,’ says Prins. ‘Why? Students are not only formed by what they learn in the lecture halls, but also by their environment. In those days, students had more time to engage and identify with a group than today.’

These days, it’s harder to distinguish between different types of students, says Prins. ‘In the Psychology department, where I teach, all students look the same. The girls nearly all have long hair and wear the same kind of clothes. I remember a time when my lectures were attended by real hippies, goths and metalheads.’

Prins blames the decline in sub-cultures on the individualisation of society. These days, people look askance at you if you opt to be part of a group, he says. ‘Society demands that everyone be unique. People increasingly define themselves as individuals, rather than as members of a group. On social media, every young person tries to tell their own story. On the other hand, students also use these media to contact each other.’

The student loan system also leaves many students with less free time. Time they might otherwise have spent profiling themselves or forming their political or cultural world views. ‘They are blank canvases at the start of their studies, and they are still blank canvases by the time they leave. They’re only 22 when they graduate. Innocents, suddenly propelled into the big bad world.’

Fitness is becoming increasingly popular, with three million new gym subscriptions in 2018 (source: nlactief.nl). At the Radboud Sports Centre (RSC), subscription numbers are also growing steadily. ‘It’s a positive development that so many students devote time to sports and exercise, and that some even see it as a lifestyle. But it can also lead to social pressure,’ says Daan Roelofs, Fitness Coordinator at the RSC. ‘The extremely toned bodies on social media suggest that lots of exercise is the norm, which sometimes results in students coming to us with unrealistically high goals.’

Terms like ‘fitness boy’ and ‘fitness girl’ are misleading, emphasises Roelofs. They refer to a very small group who play an iconic role because they like to show off their bodies. The vast majority of sporting students train for themselves.

Roelofs doesn’t see any common denominator among sporting students. On the contrary, what strikes him at the sports centre is the diversity. ‘Outfits vary from tiger-print outfits to old-fashioned tracksuits. And just the other day, a boy showed up to a training session wearing a dress.’

This diversity is characteristic of the RSC. ‘Traditional sports schools attract more stereotypical athletes like the fitness boy. Students, however, represent a broad section of society, so we get all kinds of people at the Sports Centre.’

‘Facebook is dead. Almost all students are now on Instagram,’ says Communication Science student Eline Keuven (18), who has nearly 11,000 followers. ‘More than half my followers found me through my thirteen-year old sister Emma. She has a YouTube channel with 130,000 followers, and as many as 330,000 followers on TikTok.’ 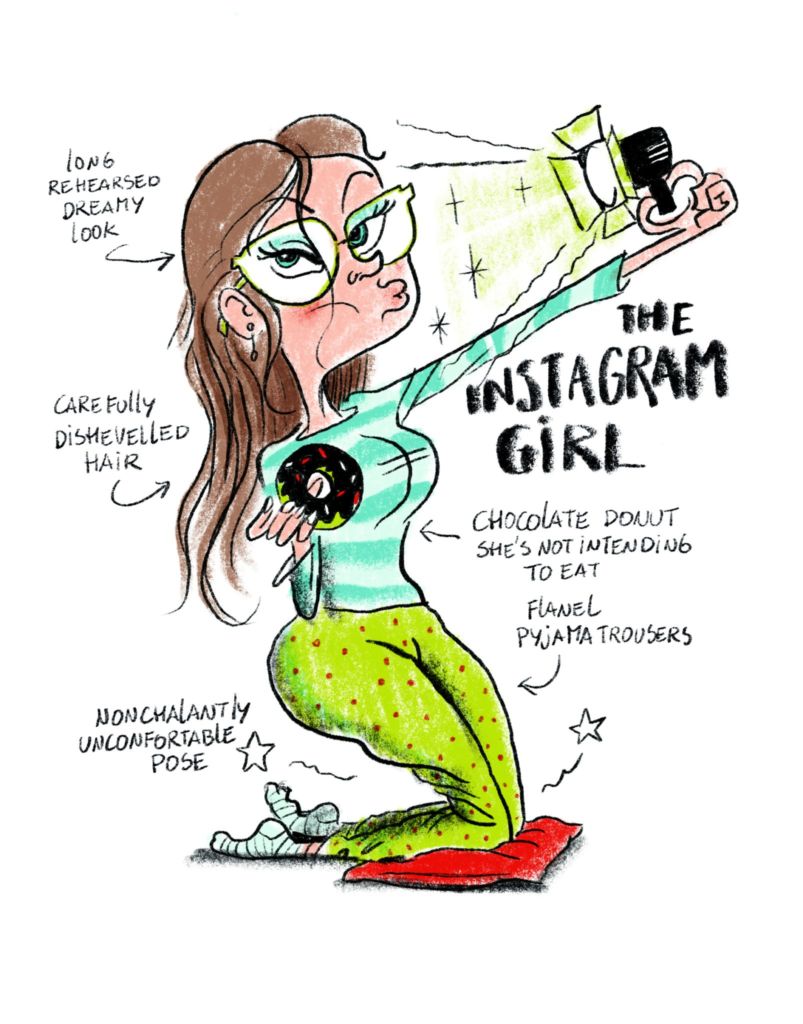 On any given day, Eline spends up to two hours on Instagram. These days a bit less: My room in Nijmegen isn’t light enough, which isn’t good for taking pictures (laughs). My mother or sister usually take photos of me: I feel most comfortable with them.’

Eline thinks of herself as extremely critical. ‘Most of the time, I have an image in my mind of what I want a photo to look like. On holiday in Italy, for example, I was holding an empty ice-cream cone under the Tower of Pisa, making it look like I was eating the tower.’

‘I sometimes meet people who want their photo taken with me, for instance at the supermarket where I work, of when I went to Pukkelpop. It feels kind of strange, but of course I can’t refuse.’

As a micro-influencer Eline is sometimes sent freebies. ‘According to my mother, who acts as manager for both me and my sister, I could earn up to € 200 per shot, but I’m not really interested in that. I want to focus on my studies now. In future I’d like to manage the social media of a political party or a big company.’

The number of students renting rooms is falling as a result of the study loan system, concludes the National Student Housing Monitor in its autumn report. ‘Renting a room is expensive. Living with my parents saves me a lot of money,’ agrees Milou Stokman, first-year student in Communication Science. ‘Plus, there’s a good train connection with my hometown, Deventer, and I often travel with my best friend.’ 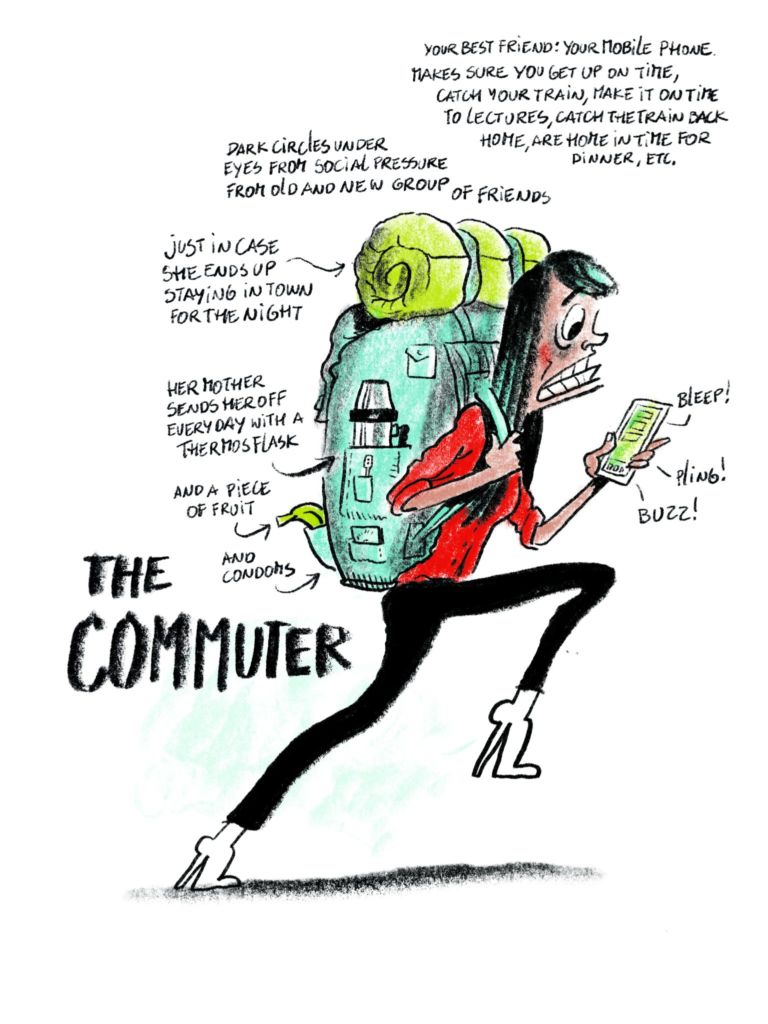 In the lecture halls, students who live with their parents may be slightly more withdrawn, but Stokman doesn’t see much difference with those who rent a room. ‘Of course, I sometimes miss a party, but I still have a good connection with my fellow students and I take part in lots of activities organised by the study association.’

Stokman is not in a hurry to move out, in part because of her brother’s experience. He moved to Nijmegen to study Law, only to quit half-way through his first year. ‘That’s why I’d rather wait a little. I like living with my parents, and my work and social life are in Deventer, so I don’t see much reason to move out yet.’

Is she planning to move to Nijmegen eventually? ‘I haven’t really thought about it yet. I want in any case to finish my first year, so I have a better idea of whether the study programme suits me. For the moment, Deventer is perfect.’

Gijs Jacobs is President of Dorans. The Nijmegen e-sports association has between 80 and 100 members, mostly men. ‘Although the women are our most active members,’ says Jacobs. The Dorans training rooms are located in the Huygens building, so most members naturally come from the Science Faculty. ‘But we also have members from other faculties!’ 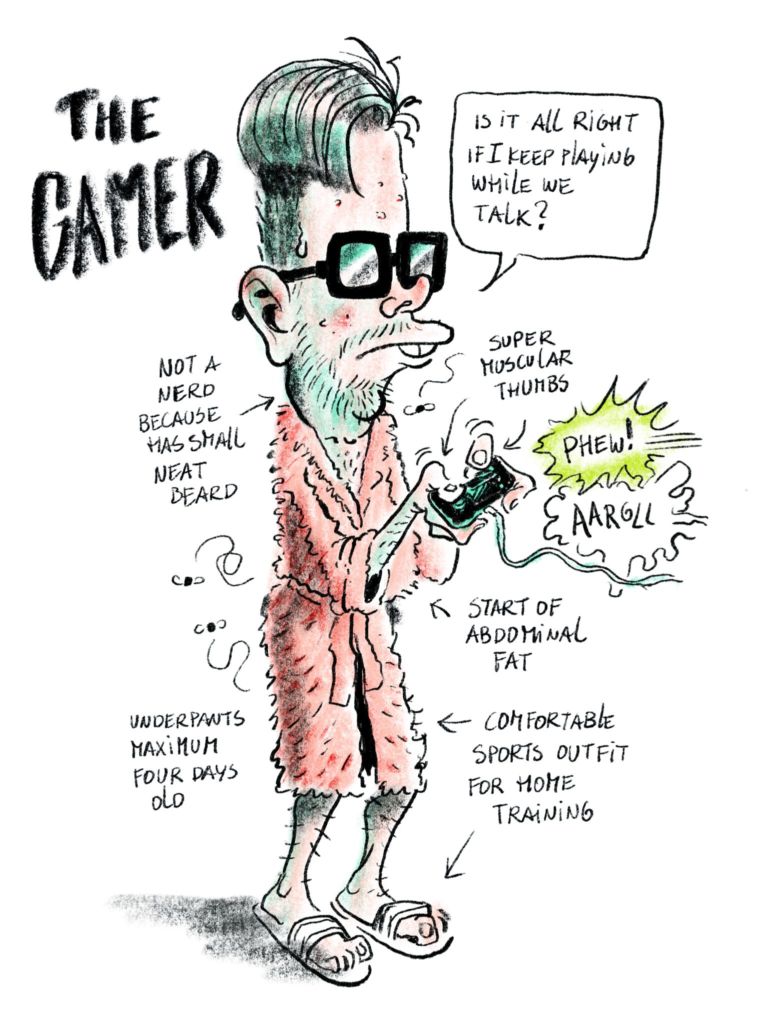 Dorans gamers mostly play League of Legends, a game in which teams can win gold coins by eliminating other teams. ‘It’s highly competitive,’ says Jacobs, ‘and you have to think of a lot of things at once.’ As winner of the European League of Legends Championship Series, the Dorans 2017 selection team was invited to the LOL International Collegiate Championships in China.

The stereotype of the gaming nerd has shadowed Dorans members for years. ‘Of course, we talk a lot about video games: it’s what we have in common,’ says Jacobs. ‘But it’s not true that gamers are anti-social. We organise frequent get-togethers and activities with other associations. Plus, we always play in a group.’

There are no real video games addicts at Dorans, says Jacobs. ‘Most members only play League of Legends during training sessions. We do play other video games at home, but we never let it get in the way of our studies.’

‘It’s important to seek knowledge in a variety of ways,’ says Public Administration student Xander van Ulsen. He personally did so by taking a seat on the boards of the Public Administration association, the Economics association, and student enterprise Start Up Mix Students, prior to being elected to the University Student Council earlier this year (on behalf of asap). ‘I started doing board work to get to know people. The reason I continue to hold these positions is mostly because they’re great fun and I learn a lot from them, but also because I’ve realised that it looks good on my CV.’

Does he think of himself as a career hunter? ‘Not really,’ says Van Ulsen. ‘At most, I might dress less casually than the average student, for instance when going to a meeting with the Executive Board, but I don’t wear a three-piece suit on Campus.’ Van Ulsen sees a lot of students who actively prepare for their future career alongside their studies. On the one hand, companies ask for more than study experience. On the other hand, students themselves also have higher expectations.

‘We sometimes forget that a university diploma is worth a lot in itself. Plus: Why aim for the top if you’re not actually interested in a top-notch job in the Zuidas?’ Personally, Van Ulsen is not worried. ‘It helps to talk to potential employers and find out what they expect. If you can explain what you’ve learned from your experiences, it doesn’t matter much whether you sat on a board or volunteered at the sports association.’ 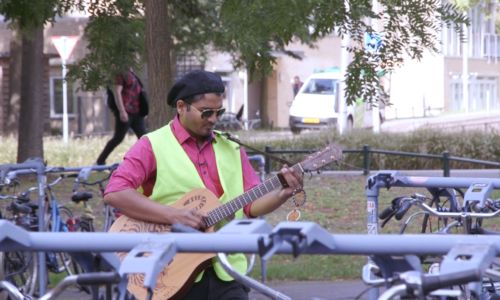