Home » English » Heleen de Coninck is stubbornly optimistic: ‘1,5 degrees is possible, if we have the guts’

Heleen de Coninck is stubbornly optimistic: ‘1,5 degrees is possible, if we have the guts’

‘Keeping global warming limited will fail’, was a headline by the NOS (Dutch public news organisation, ed.) last week. Nieuwsuur asked 24 climate scientists, who worked on the IPCC climate report, what they thought was the most realistic temperature increase by the end of the century. Of the sixteen scientists who stated their expectations, none thought it is possible to keep warming limited to well under 2 degrees. That boundary – and preferably 1,5 degrees – was agreed upon in the climate accord of Paris (see box).

Professor at the TU Eindhoven and Radboud researcher Heleen de Coninck, who also worked on the IPCC report, thinks differently. ‘Look, the IPCC report is clear: it is still possible. It’ll be complicated, but it is doable. So let’s make all the effort to get it done.’

Climate accord of Paris

In 2015, the climate top in Paris led to an accord. 195 countries agreed to keep global warming limited to well under 2 degrees, preferably 1,5 degrees. A warming of 1,5 degrees compared to the pre-industrial era is a critical boundary for limiting the effects of the climate crisis, climate scientists warn. ‘In a way, this boundary is trivial’, says Heleen de Coninck, ‘because every little bit of warming leads to more damage. But above 1,5 degrees, the risks increase sharply.’

So how is it possible sixteen of her colleagues firmly state that we will not reach the Paris goals? De Coninck suspects it is because of the question Nieuwsuur asked. ‘If you ask what temperature we will end up with, you are basically asking: where do you think global politics will get us?’ According to the researcher, the predictions are more about whether or not politicians will act, and not about whether a warming of 1,5 degrees is still possible according to the temperature scenarios of the IPCC.

De Coninck answers that question with a wholehearted ‘yes’. ‘Geophysically it is still possible. If the global emissions reach their peak before 2025 and just about halve by 2030 and if there are net zero CO2 emissions in 2050, then there is still a reasonable change of 1,5 degrees. Technically it is doable, even globally. Even if the billions of people who at the moment use too little energy, food and materials will do so.’

‘Let’s make all the effort to get it done’

It will not be easy, the climate scientist realises all too well. ‘It will take a kind of war economy, a system transition. You need to make immensely huge investments. That was also the message of the article by Nieuwsuur: we need to get going like hell. So in that respect I thought it was a nice news item.’

De Coninck does have some criticism on how the survey was conducted, in which sixteen scientists participated. ‘If you conduct a survey, you should really take a more representative sample. Why should the opinion of, say, a sea level rise expert on the political probability of greenhouse gas emissions matter? I think a number of scientists didn’t answer because they didn’t feel qualified to give the answer.’

‘System change can happen faster than you think’

Moreover, it is not like De Coninck to say that it is no longer possible. ‘If I don’t believe in it, you can be sure it won’t happen’, says the climate scientist. ‘I got that from Christiana Figueres, the former head of the UN climate secretariat. She has decided, out of stubborn optimism, that whatever happens, she will continue to believe in it. She says she is obliged to. That there is simply no other way.’

This optimism is not conjured out of thin air, De Coninck believes. ‘System change can happen faster than you think; it is not linear. This is what happened with sustainable electricity (such as solar energy, ed.). Innovation, policy development and behavioural changes happened so quickly, no one would have predicted this a few years ago. We are now experiencing a very sad decline, with coal-fired power plants that are allowed to run at full capacity for a few years again, but these are clearly the last convulsions of an industry that is going to disappear altogether.’

According to De Coninck, other transitions can be given just as much momentum. ‘Sustainable electricity must take the lead. Eventually, industry and traffic will run on electricity, and that energy will have to be CO2 free.’ She expects that measures in the field of mobility, such as electric cars, can proceed very quickly. ‘Suppose you really start to change cities, then you can take big steps in ten years’ time.’

Of course it will take some time before polluting energy is a thing of the past, says the researcher. ‘But if we take the right measures, industries will start to innovate. Then the costs will go down, the demand will increase, and the ball will start rolling. You saw the same thing with solar energy, which really created a kind of snowball effect. The costs fell dramatically in just a few years.’

De Coninck therefore remains, like UN chief Figueres, stubbornly optimistic. ‘I really think it can go faster than we think. But only if society and the government have enough guts.’ 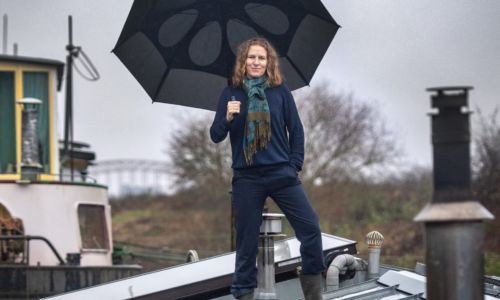 Heleen de Coninck lives on the water: ‘This boat just showed up on Funda’ 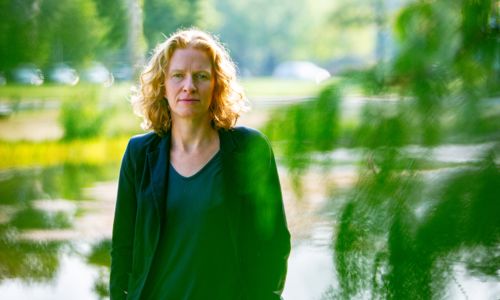 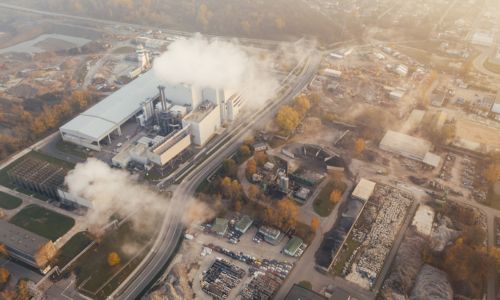 Limiting global warming is an incredible undertaking, but still possible