Home » English » Philosophy students get no details about ‘inappropriate conduct’; Paul Bakker has to ‘regain trust’

Philosophy students get no details about ‘inappropriate conduct’; Paul Bakker has to ‘regain trust’

Students will not receive any further information about what occurred in the Department of Philosophy, Theology and Religious Studies. The Executive Board announced this in a response to the petition that students put together. Professor Paul Bakker, who has been accused of 'inappropriate conduct', must meanwhile do everything in his power to 'regain trust.'

‘At least say under which category the inappropriate conduct falls,’ philosophy students requested last week on the Vox site. They initiated a petition because they want the Executive Board to be more open about things that have happened within their department. All they know is that the prospective dean, Professor Paul Bakker, is no longer allowed to become a dean and is guilty of ‘inappropriate conduct’. Bakker is not allowed to appear at the department for six months.

‘Everyone involved needs peace and space’

But is he allowed to just return to his former role in February, the students wonder. According to those who started the petition, the wildest stories circulate around the faculty. They are afraid of uncomfortable situations when the professor returns to teach and want to have a say in that decision.

‘We have introduced this six-month measure to restore peace to the faculty,’ responds Vice-chairman Wilma de Koning. ‘Everyone involved needs peace and space. We need to think about how to proceed. ‘

The campus ban was introduced after an investigative report from bureau Berenschot was published mid-September. The executive board had initiated that investigation after receiving ‘multiple signals from multiple sources about a few people’. Social safety was apparently at stake at the relevant department.

The Department of Philosophy, Religious Studies and Theology is looking for a new dean. Paul Bakker would have started on 1 July but is no longer eligible for the position. According to Wilma de Koning, the Faculty Board has been asked to make a proposal for the composition of the appointment committee. Both internal and external candidates can apply for the vacancy, which will be published within a few weeks. Until a new dean is found, the current dean Chistoph Lüthy will continue to fulfil that role.

The conclusions stated that Bakker had indeed acted ‘inappropriately’. Wilma de Koning already stated at that time that she could not go into detail and that what had happened must in no way be traceable to those who made the report or whom the report concerned. ‘We’re sticking to that,’ she continues to assert.

De Koning also says, ‘It is quite understandable that many students and staff are curious about what exactly happened. However, some of those involved expressly state that they do not want this to be shared publicly. In addition, all those involved want anonymity. The consequence is that the Executive Board is neither willing nor able to say any more about this.’

Bakker was not allowed to view the research report himself, as it was confidential and only intended for the eyes of the Executive Board. When asked whether he would indeed return to the faculty in February, De Koning replied: ‘I don’t know yet what the future will look like. It is now up to him to regain confidence, to show that things can go well again.’ She doesn’t know yet how exactly to chart that course, and reports that the Executive Board is currently looking into how this process can be properly guided. ‘We have never experienced anything like this before, so we’re looking for the best way.’

The fact is that Bakker has not committed a criminal offence and therefore cannot be fired for that reason. But if he returns, those involved in the current case may run into him on campus. How desirable is that? De Koning says that all parties will be guided in this, and at the moment they are thinking about how that can best be accomplished. ‘I repeat that this really is a very unpleasant situation for everyone. We do not yet have the wisdom needed to guide us in this, but we will do everything we can to return social safety to the department.’

On Tuesday, all students and employees of the faculty received an email in which the Executive Board announced that the previously announced follow-up investigation will also be carried out by bureau Berenschot. A second round is necessary because the first raised new questions. According to De Koning, the second study does not concern Paul Bakker, but other people in the department. In the email, the Board calls on those involved to report anything questionable that may have occurred in connection with social safety.

Employees and students of the faculty can report directly to the researcher at Berenschot. ‘All reports will be treated in strict confidence and the identity of the reporters will not be disclosed to anyone,’ the message reads. De Koning indicates that she hopes to have a new report in her possession in November.

In the meantime, the faculty is starting to implement a ‘culture trajectory’. Again, under the leadership of an external office (yet to be designated), staff and students will discuss the atmosphere within the faculty. It will address ‘what we consider normal’ and ‘when boundaries are crossed’. In a 2018 faculty employee survey, 15.5 per cent of the respondents indicated that they had experienced undesirable behaviour, of which 5.6 per cent involved sexual harassment. An investigation was launched, and recommendations were made. ‘Due to the current case, implementation of these recommendations is at the top of our priority list,’ said De Koning.

The current dean Christoph Lüthy previously told Vox that his department is very small-scale and that it may therefore not be clear what is and is not allowed. De Koning does not rule that out. ‘The atmosphere is very informal.’

Is the ‘inappropriate conduct’ that Bakker has been guilty of a result of that informal culture? ‘I don’t know, so I can’t rule it out.’ 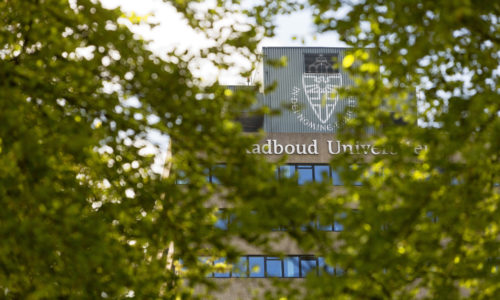 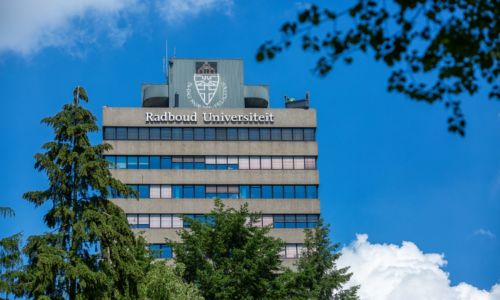 Research on ‘social conduct’ within the Faculty of Philosophy, Theology and Religious Studies – Paul Bakker will not become dean