Home » English » Proctoring is here to stay at Radboud University

Proctoring is here to stay at Radboud University

This academic year too, Radboud University will continue to use online video surveillance during examinations at home. ‘But proctoring will only be used if there’s no alternative’, says university spokesman Martijn Gerritsen.

Let’s just wind back for a moment to the end of the last academic year. When the Executive Board announced that it wanted to use online video surveillance in examinations with the controversial software Proctorio, a storm of protest erupted. Scientists from the Cyber Security department found ways to get round the proctoring software that the university intended to use and in no time at all dissatisfied students collected more than two thousand signatures against the assessment method.

Proctoring is online video surveillance that uses the software Proctorio. Webcam and microphone are used to prevent students committing fraud during examinations at home. This assessment method was initially intended for the remote testing of large groups. Staff and students were previously critical about this assessment method; one reason for this concern is the threat to student privacy if lecturers can see into students’ homes.

The Executive Board stood firm. In the fourth examination period, 103 examinations were held via proctoring. Programmes that opted for this assessment method had to present their motivation to the examining boards and explain why no other assessment method was possible. Students who did not want to take part in online video surveillance did not forfeit an exam opportunity but may have incurred delay.

Despite all the fuss, proctoring will continue to be used at Radboud University in the new academic year subject to the condition that there are no alternative ways to hold examinations. ‘The starting point is still that testing takes place on or near the campus’, says spokesman Martijn Gerritsen. ‘But unfortunately, we’re faced with limited options for students to come and take their examinations here in person. Due to corona, not all students can come to the campus and we have to take the possibility of another lockdown in account.’

A new feature is a decision tree that has been included in the assessment framework for lecturers. All the alternatives to proctoring are included in this tree. The university asks lecturers to hold examinations on or near campus as much as possible, or to choose another assessment method rather than an exam.

‘Those who do opt for proctoring have to justify their choice’

Those who do opt for proctoring must justify their choice, says Gerritsen. ‘Lecturers will have to clarify their arguments: it’s not just about preventing fraud, but also about the consequences for privacy and of the possible study delay for students’.

Gerritsen emphasises that proctoring means that students who are unable to come to the campus because of, for example, a positive corona test still have the option to take part in an assessment.

Last academic year, the Executive Board promised that lecturers who decided to go ahead with online proctoring would have to justify their choice as well. ‘But we never saw these justifications’, says former chair of the University Student Council Hans Kunstman. ‘I have asked the Board again to make their justifications public.’

For procedural reasons, the participational bodies of Radboud University have not taken an official stance on proctoring (see box, ed.). Hans Kunstman explains that the participational bodies are still critical, but he does believe the introduction of the decision tree is a step in the right direction. ‘The Executive Board has worked hard to make it easier for lecturers to make a well-considered choice. And lecturers are increasingly well informed about remote assessment. I’m hoping that they’ll be able to find alternatives more often that both lecturers and students can be positive about.’

The Supervisory Board has now stated that it agrees to the request of the participational bodies. An independent committee will issue a binding advice on the dispute between the two parties. 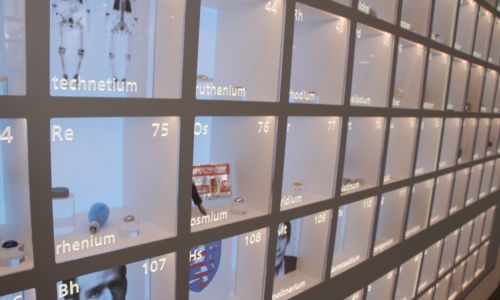