Home » English » Security on campus in times of corona: ‘Less action but more time for prevention’

Security on campus in times of corona: ‘Less action but more time for prevention’

Because of the corona pandemic, the tasks of Radboud and Radboudumc security guards have changed. Before, they used to mainly receive calls from the control room and take action, now they focus more on prevention.

Checking doors, consulting with doormen, keeping loitering youth accountable and cleaning up mess. That’s what security guards Ad Rooster and Ricardo Eeren do during their shifts. These days it’s much quieter than what they are used to: they went from multiple incidents per day, to days without action. But that doesn’t make their job less important. There’s no room for complacency. By bike or car the security guards, often in pairs, make their rounds on the premises.

‘Most importantly, we have to be visible and approachable,’ says Rooster. ‘People should be able to come up to us when they have questions. We also want them to know that we keep an eye on things. Our standard tasks don’t change. For example, on an almost daily basis we have to make sure the medivac helicopter can land safely on the deck of the hospital. That’s an important thing to do. We also have to be ready when fire alarms go off, when people smell a burning or gas smell and when there’s a situation with aggression involved.’

‘We often get alerted by people about fires at the High Field Magnet Laboratory at the Toernooiveld’, says Eeren smiling. ‘That’s because the cooling towers behind the building produce a lot of steam. And the greenhouse of the Experimental Garden radiates a reddish light. From a distance it looks like the place is on fire. So people often call the emergency number for that. Luckily, it always turns out to be a false alarm.’

‘As a security guard you need verbal skills’

Still, with every call the men and women of security go and have a look. Because every call is taken seriously. Especially when it’s about aggression. ‘We mainly have to deal with verbal aggression’, Eeren explains. ‘Unfortunately we have to go to the emergency room every once in a while, because of people getting verbally aggressive. They often are intoxicated in those situations.’

How do they deal with things like that? ‘It’s important for us to stay calm and take the initiative for dialogue. We have to de-escalate the situation’, Eeren continues. ‘As a security guard you need to have verbal skills. That way, you avoid the situation getting out of hand. If it does go wrong, we can always call the police. But I’ve only had to do that once in the five years that I work here.’ 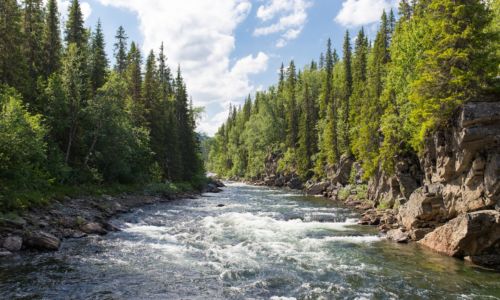