Radboud University's new diversity officer has been busy over the past year. She wrote a diversity and inclusion plan, the result of a lot of discussions with students and staff. If it is implemented, it will change a lot on the campus. ‘You cannot make a plan like this without the word decolonisation.’

Things will be very different at Radboud University in 2025. Members of application committees are obliged to undergo anti-bias training. There are safe spaces, and the curriculum is more diverse, including non-Western knowledge.

Provided, of course, that everything in the Radboud University’s new DEI plan (diversity, equity, and inclusion) is fully implemented. And that is a lot. The 21-page document lists steps the university should take from 2022 to 2025 to become more diverse, inclusive, and equal.

‘I have been inundated with e-mails from students and staff’

The text states that DEI should be visible and tangible everywhere on the campus by 2025: from inclusive language in official documents to events, a new way of handling complaints, or various courses and modules that anyone can attend. A DEI steering group is helping to realise all these initiatives, and each faculty has a DEI team that supports the steering group.

‘The intention is for all of this to really happen,’ says diversity officer Rona Jualla van Oudenhoven in an interview via Zoom. She wrote the plan, receiving a lot of input from staff and students. Everything in the document should be considered recommendations. ‘But it is the road that the Executive Board wants to take. The fact that the Executive Board has signed it, means that the Board also takes these recommendations seriously,’ says Van Oudenhoven. She mentions the online module on discrimination and harassment, launched this week, which is open to all staff and students. ‘Is it mandatory? No. But we do encourage everyone to do it.’

The document starts with the sentence: we heard you. Who is ‘you’?

‘When I started in September 2020, I was inundated with e-mails from students and staff. They saw that my job existed, and thought: I can go to you and raise issues. A very large part of the plan stems from those discussions. For example, safe spaces, gender-neutral toilets, mental health. I heard of someone with a physical disability who could only sit next to the door during lectures and therefore could not see the screen. And one trans person said: ‘I really hate being sent from one place to another to have my correct name mentioned on documents.’

What will staff and students notice first?

‘All deans have already agreed to have a DEI team in each faculty. We have also started training student ambassadors. They are being trained to speak up when they see a situation that is not OK. Various training courses and online modules have already started.’

There is a timeline too. For example, what will be covered next year? ‘All ambassadors will have been trained by then,’ says Van Oudenhoven. Its steering committee is operational. There are gender-neutral toilets on the campus — the officer is already working on that together with Campus & Facilities and HR. There is also a policy for more inclusive language in all university documents. And we are going to see many more events on the campus. ‘The racism awareness week will return every year. By doing so, we are saying: this is part of our culture.’

One of the goals of the plan is a more equal application process. How do you tackle such a big task?

‘There will be mandatory training on biases for the application committees. A pilot is already running at the Faculty of Law. Other things to think about are the criteria in job advertisements: how do we make them inclusive? We want to make an online anti-bias training available to everyone by the end of the year. This was mandatory at one of the universities where I previously worked. But I think you will get a lot of push back doing it that way.’

Wouldn’t it be the usual suspects who would attend, if it was not mandatory for everyone?

‘Yes, I do worry about that. We are testing it now and seeing how it goes. If we conclude that we have to make it mandatory, then maybe we should.’

The plan also includes decolonisation of the curriculum (editor’s note: e.g. more attention for non-Western academics). This is a sensitive issue in the academic world. Shouldn’t it be up to lecturers to decide how to design their curriculum?

‘It certainly is. This is not mandatory. It is included in the plan to draw attention to it. My role is to highlight its importance and have discussions with deans and professors. I’ve received a lot of feedback on it. I said: if we made a DEI plan without the word decolonisation, it would be outdated in three years. Because I am sure every university will be talking about it then. Decolonisation is already happening in almost every museum. And we have become partners with the Rijksmuseum, and the Africa Museum.’

Another sensitive topic, also described in the plan, is the introduction of safe spaces.

‘A safe space does not have to be a literal space. It is a space where people can exchange thoughts freely and know that they are respected. For example, a lecture hall. The debate around safe spaces is very interesting. The criticism is: as a university, we must create resilient students; we don’t want a snowflake culture. But we are not saying that you cannot say certain things anymore. In fact, we are saying the opposite. But don’t hurt people on purpose and also be open to the fact that the person opposite you doesn’t necessarily think the same way about things.

‘It is not yet certain, but a space where people can retreat would also be nice. Something like the Global Lounge for international students. People might ask: why create separate places? My opinion is: how much does it cost the majority to create such a place? The reality is that some people have to find their way in a campus where they are seen as “different”. If you encounter unpleasant things during a lecture, it would be nice to be able to retreat to a place where you can just “be”.’

Was the plan criticised?

Immediately: ‘Yes, absolutely. There is no such thing as an institution where everyone thinks the same. Certainly not when it comes to DEI. That is why this is a living document; many students and staff have looked at the plan and made comments. You cannot just impose something like that. But I never heard anyone say: why do we need a DEI plan? Other people also felt that it did not go far enough. They had no faith that anything was really going to change.’

It does not go far enough, but also too far.

Laughs. ‘Yes, that can sometimes be frustrating. But it is the nature of the game. I was very much aware of the fact that this would happen. My job is to make people in marginalised positions at the university feel better. Of course there will be resistance. Otherwise, I would not have a job. Because everything would be fine then.’ 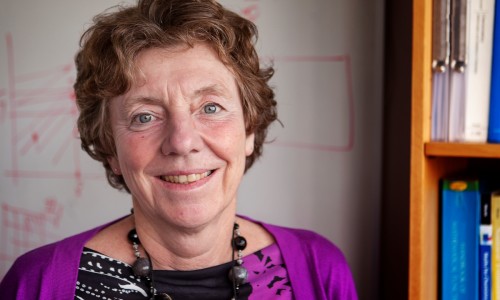 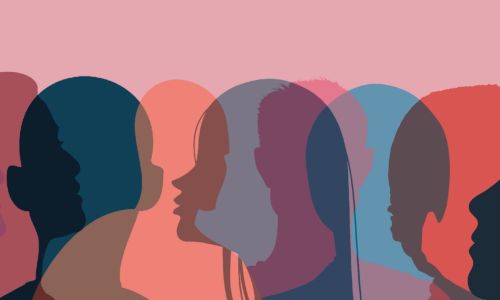 ‘Radboud University is behind on gender-inclusive language’ 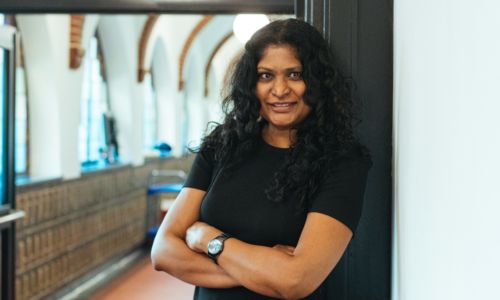 First Diversity, Equity and Inclusion Strategist: ‘I am an advocate of social justice’