It’s almost the end of the first semester and that means many things like holidays with family, home cooked meals, parties, but most importantly, enough time to curl up with a book and go into the new year in the company of our team’s favorite authors from their home countries! 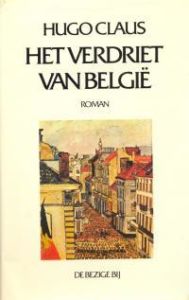 ‘The Sorrow of Belgium (Het verdriet van België, 1983) is a novel from the Belgian author Hugo Claus (1929-2008). The book is about the childhood and youth of Louis Seynaeve, who lives in the Flemish province of West Flanders during the Second World War, when Belgium was occupied by Germany. The family members of the eleven-year-old boy are Flemish nationalists who sympathise with the Germans. Eventually, Louis attends meetings of the Hitler youth, but gradually he tries to escape from this narrow-minded environment.
It’s the perfect combination of a coming-of-age novel and an important period of Belgian history.’ 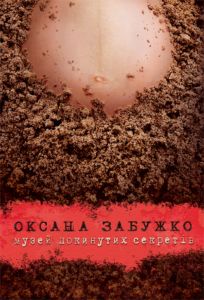 ‘The Museum of Abandoned Secrets (Музей покинутих секретів, 2009) by Oksana Zabuzhko is a prominent novel of contemporary Ukrainian literature that encapsulates Ukrainian history, feminism, post-colonialism into a touching yet dynamic investigative chronicle across generations. As a journalist looks into the life of a prominent Ukrainian female insurgent fighter she discovers more secrets from her own past and the lives of her loved ones and how they all connect to the tumultuous Ukrainian history from the 1940s to 2004. This is a great read to dip into the questions of Ukrainian identity, history, the role of women and the complicated culture of a Post-Soviet country.’ 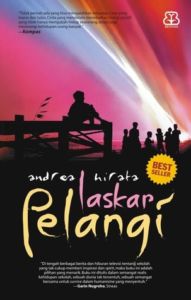 ‘The Rainbow Troops (Laskar Pelangi, 2005) by Andrea Hirata is probably one of the most famous local books in Indonesia. It follows a group of elementary school children in a remote island near Sumatra. It is first and foremost a coming of age story, but also highlights how many Indonesians fight poverty in the hopes of a brighter future. It’s my cozy read because Indonesian literature rarely get exposure, and the ones that do are always quite bleak. Reading Laskar Pelangi, on the other hand, is like revisiting home and childhood.’ 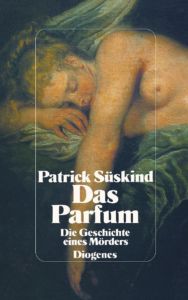 ‘Perfume: the story of a murderer (Das Parfum: Die Geschichte eines Mörders, 1985) is a novel by German author Patrick Süskind. It explores the life story of a man named Jean-Baptiste Grenouille, a man with an extraordinary sense of smell. He makes use of this ability to create the most beautiful perfume in the world; a scent so strong that no one can resist it. What fascinates me about this book is the greatly detailed description of the world of scents and how powerful this often overlooked world is, and at the same time Süskind’s ability to make this man’s story feel extremely real.’ 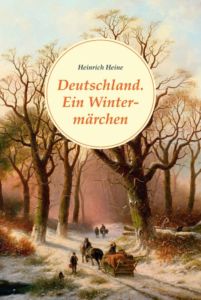 ‘Germany. A Winter’s Tale (Deutschland. Ein Wintermärchen, 1844) is a satirical epic poem by one of my all-time favourite German writers – Heinrich Heine. The poem is strongly autobiographical and tells the story of the protagonist’s return to Germany from his exile in France in order to visit his mother and his subsequent travel through his home country. The poem was almost immediately censored, while continuing to establish Heine as a well-known German writer.

I selected it because it reflects on the timeless and — at least in Germany — very notorious topic of national identity and loving one’s home country while disagreeing with a great deal of its politics and consequently turning one’s back on it. Because Heine is one of the most witty and funny writers Germany has ever produced, it’s also a blast to read, without being trivial. It’s a book about conflict, in many ways, and a perfect way to spend a long evening in front of a cozy fire, disappearing into Germany of the 1830s.’ 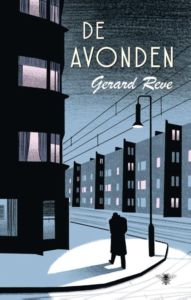 ‘The Evenings (De Avonden, 1946) is a Dutch classic, and a pretty tough one to get through, at first sight. In high school, I never used to like it that much, because I always felt that not much happens and the protagonist is very unpleasant. But, a few years ago I found out that fans read the book every year, a chapter a day, from Christmas Day to New Year’s eve. It matches the book, Christmas Day is the first chapter, and December 31st is the last.

I love a good holiday tradition, so I started doing it too. And I have learned to love it, because of the fact that not much happens and the protagonist is very unpleasant. Frits van Egters’ life is oppressively empty, a doom scenario for me personally, but a reality in the post-war years of the 1940’s. And it feels topical again, with people getting weary of politics and not engaging. Also, the way it is written is great, something that I started to see during the third Christmas of doing this. It’s a book worth the investment of a few holiday seasons.’