What is the difference between Florence and Nijmegen? Full disclosure: this question, until quite recently, never really appeared to me either. That’s because it’s a bit of a stupid question – or, at the very least, it’s seemingly a quite obvious one.

There are many things that the city of Florence and the city of Nijmegen don’t have in common. One is in Italy, the other, counting less than half of Florence’s inhabitants, in the Netherlands. Florence is known for its Renaissance heritage – Nijmegen internationally mainly for the Vierdaagse.

I’ve been to Florence once, a few years ago, and at the time of my visit, I didn’t think of comparing the two cities at all. Nevertheless, throughout the past three weeks, I couldn’t help but thinking of Florence while biking through Nijmegen.

Everyone who had the recent displeasure of having to take a bus or bike to campus during peak-hours might have noticed that it’s currently a bit crowded – to put it kindly. As a matter of fact, last week, I saw a greater amount of people trying to get on a bus in front of the library than live in my German home village.

So, while I was recently trying not to run over a confused group of first year students blocking the bike parking entrance, I suddenly had to think of Florence. Specifically, of Florence’s gardens. The first time I went to Florence, I visited the Boboli Gardens and they didn’t quite make sense to me.

That is because besides being stunning, the Boboli Gardens are absolutely massive – and right in the city centre. I never understood how this amount of land was available, even to someone with financial means like the Medici family, especially in a buzzing city like Florence of the 16th century.

That was until I took a Medieval history class in my first year and we arrived at the urban landscapes and plague lectures. During the first plague outbreak in the mid-14th century, Florence, like many other Italian cities, lost around fifty to sixty percent of its population – and with the population loss, a lot of land suddenly freed up.

Those empty patches in the middle of the city centres were available, because Florence’s population had been decimated with the outbreak of the plague and didn’t recover for more than three-hundred years. Gardens and parks like the Boboli Gardens, put differently, could be established because so many people had died and left empty space within their cities to be bought.

So, what is the difference between Florence and Nijmegen? It is the fact that after two-and-a-half plague years of our own, the spaces that have remained abandoned for so long are filled with people again. Not because of a speedy recovery, but, however morbid this might sound, because we got exceptionally lucky. 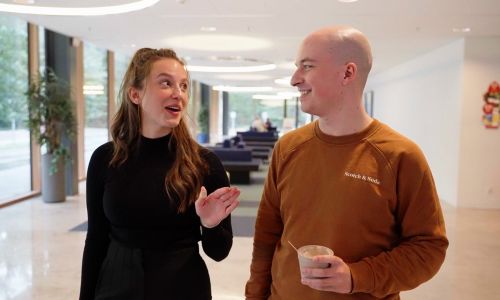 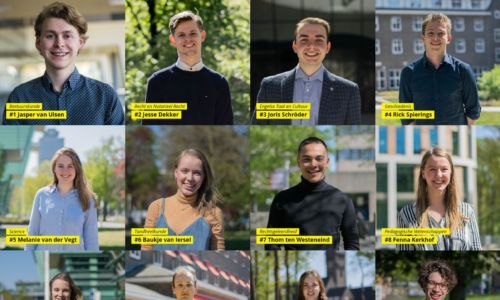