As I approach a traffic intersection, a woman on an electric bike with her ear-pods in, rushes past me, furiously pushing the ‘green light’ button. These times have made people very busy and impatient, resulting in aggressive button-pushing to get from point A to B on time.

Even though, as I learned recently, the buttons themselves are a sham. Only out there to make you feel in control of the green light. But according to a report by AD Tilburg, you really are not. The maintenance of the buttons stopped long ago, or is often low on the priority list of the municipalities.

However, the longing for a sense of control does not stop with traffic lights. Or as Slovenian philosopher, Slavoj Zizek puts it: ‘The times have pushed us to avoid every potential impactful thing, like a beer with alcohol, coffee with caffeine or even, love with a fall.’

And while one can argue about the sense and nonsense of alcohol-free beer and de-caffeinated coffee, love without the fall can indeed be skipped. Bygone is the classic process of courtship in favor of online dating, assuring (or at least giving the illusion of) control of choice for the right person.

Obviously, online dating is not the only way to meet new people. Even though other big meeting places like parties have also adapted to the Zeitgeist of the 21st century, including a hilarious mixture of elitist, liberal and boring small talk. There has to be a tribute to ‘Black Lives Matter’ with internationals obliged to crap on the Dutch for the controversial ‘Zwarte Piet’ tradition. If an American is in the room, the question, ‘You didn’t vote for Trump, did you?’ has become a definite, just like the lessons on ‘veganism’ at the end of the ordeal.

But even with the act of falling in love supposedly ‘safe’ and parties gentrified, our need for control and regulation does not necessarily mean that we actually are in control. And, realizing that, where is one to look for answers – and with them, perhaps a real human connection? With 67.8 percent of people in the Netherlands irreligious today, the church appears to not be necessarily the most contemporary place. But it might be just the place to go when looking for answers about our times.

To my surprise, my focus was brought back onto the traffic intersections. A priest from the Catholic Church, critical of the roundabouts, stated: ‘the roundabouts have made crossings efficient, but don’t allow people to interact anymore.’ He felt that intersections provided a space where people could make eye contact and be polite to give priority to another person’s right of way along with a smile. But now, the roundabouts, a sign of progress, as are the figures of people without religious affiliations, do nothing but produce ‘distanced lives.’

If the woman at the intersection would have had her ears free of the music, we could have shared smiles, and, who knows, maybe exchanged numbers and gone on a date – talking about more interesting things than who we voted for in the previous elections – without attending a lousy party or using a dating app. If not, I could have at least told her that those placebo buttons, her daily illusion of control, are just a nasty capitalist creation, like her icky ear-pods, with those half-eaten apple marks. 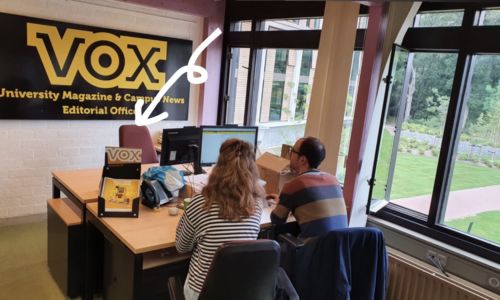 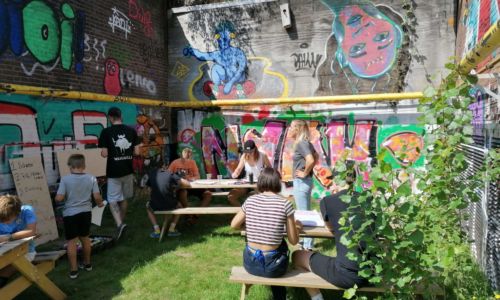