After the break with the bishops, Radboud University does not want to just throw out its Catholic roots. The university will soon start a major investigation into its own identity. Radboud university medical center, on the other hand, prefers to look ahead, while remaining linked to the university research.

Already in 2019, more than a year before the bishops were to take away the designation ‘Catholic’ from both Radboud University and Radboud university medical center (Radboudumc), Radboudumc sent a letter to the Association of Catholic Social Organisations (Dutch: VKMO). This is a group of originally Catholic organisations that discuss philosophical issues with each other.

The letter consisted of an announcement: Radboudumc is cancelling its membership to the VKMO.

‘We paid a considerable amount of public money every year to remain a member of this organisation, while the added value for Radboudumc was unclear,’ says Dennis Verschuren, spokesperson for Radboudumc.

VKMO chair Marianne Van der Sloot says she still regrets the decision of Radboudumc two years later but also respects it. ‘It is up to Radboudumc to make a choice.’ 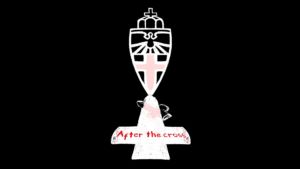 A year ago now, Radboud University lost its ‘Catholic’ designation. What does that mean? What has changed since then and what should we do next? Vox will be producing a series of articles on this theme in the coming weeks.

Catholic portion of the population

The question arises whether the university and the medical center are following different courses in terms of their philosophical and religious orientation now that they are both no longer Catholic and have also been separated administratively (see frame). If one looks at the recently renewed statutes of both institutions, one will say that this is not the case, as both institutions state that they still ‘consider themselves connected with the Catholic portion of the population’.

At the same time as the conflict with the bishops, Radboud University and Radboudumc were split administratively from each other. The timing notwithstanding, the one issue actually had nothing to do with the other. The reason for the administrative split or unravelling from each other is that the two institutions no longer wanted to be financially dependent on each other. If one party were to take out a loan that required a mortgage, the other party was also liable for it. Since the administrative split, this is no longer the case.

Nevertheless, after the break with the bishops, both institutions seem to be dealing with their Catholic background differently. For example, Radboud University is starting a major investigation into its own identity, which should be completed by the centenary in 2023. ‘We will take two years to do this, and we will involve students and staff, as well as alumni and other Catholic organisations,’ says Rector Magnificus Han van Krieken.

Such a process is not on the agenda of the Radboudumc. ‘But we will remain connected to the Radboud University trajectory,’ explains Verschuren. ‘The students of the medical faculty, which is integrated into the medical center, are involved, as are a number of employees.’

An explanation for the different attitudes of the university and hospital can be traced back to the conflict between the bishops and the board of the Stichting Katholieke Universiteit. Besides the dispute over appointments to the board, both parties also had different views on philosophical issues such as abortion and euthanasia; two themes that the medical centre has to deal with actively and Radboud University much less so.

Those discussions had been going on for a long time, Bishop Gerard de Korte confirms. ‘For the Church, the unborn life and the declining life both belong to God. I have always understood that the administrators of the Radboudumc felt the same way, yet they felt unable to guarantee that they would never, ever carry out an abortion or administer euthanasia. That has caused tensions for a long time.’

Rector Magnificus Han van Krieken, who is also professor of pathology at the medical faculty, is also aware that there were differing opinions on medical-ethical issues between the Bishops’ Conference, the Board of Directors of Radboudumc and the board of the Stichting Katholieke Universiteit (SKU). ‘I was on the side of the Radboudumc, for example, with regard to the arrival of the transgender centre in Nijmegen.’

‘The choices made by the Radboudumc complicated matters’

The arrival of that centre indeed led to a strong difference of opinion between the bishops, Radboudumc and the SKU board. When the SKU Board announced that Radboudumc intended to open such a centre in Nijmegen, they were told by the bishops that such a thing ‘is not necessary at all’. According to De Korte, ‘The choices made by the Radboudumc complicated matters.’

A year after the break with the bishops, several people note that Radboudumc and Radboud University seem to be pursuing different policies in terms of Catholic identity. ‘We are currently organising a religious walk around the campus,’ says Hans Krabbendam of the Catholic Documentation Centre. ‘Radboud University is happy to participate in this, but Radboud university medical center is hesitating. They think more in terms of risk management and negative publicity. It is therefore a company with different interests than a university.’

Simon Evers, secretary-general of the Conference of Dutch Religious Groups (Dutch: KNR), has also noticed that the university and the hospital are making different choices. ‘I myself have worked in healthcare for a long time and I can imagine that a hospital experiences the ethical standards of the Catholic Church as restrictive,’ he says. The Conference of Dutch Religious Groups is the umbrella organization of religious groups in the Netherlands. Several Catholic institutions on campus are associated with it, such as the Catholic Documentation Centre and the Titus Brandsma Institute.

According to Evers, it is a good thing to break free from restrictive ties every now and then in order to find out what you want to stand for. ‘A university hospital may need to take different steps to do that than a university does.’

‘We discussed this internally,’ Bishop Gerard de Korte confirms. ‘But that was difficult because of the medical faculty, which belongs to both the university and the hospital.’ In the end, the bishops decided to remove the designation ‘Catholic’ from both institutions.

Radboud university medical center does not collaborate in the review

The Radboud university medical center, the Radboudumc, did not want to participate in an extensive review one year after the break with the bishops. ‘Our opinion on this has not changed,’ says spokesman Dennis Verschuren. ‘The roots of the Radboudumc are Catholic and always will be. Staff and visitors of the Radboud university medical center have never noticed anything of the split with the bishops. Ultimately, we mainly want to look ahead.’

The spokesperson would like to emphasise that Radboudumc attaches great value to its philosophical foundation. ‘Core values ​​that are rooted in the Catholic faith tradition, such as humanity, compassion and looking out for those who are vulnerable are important to Radboudumc and will remain so.’ 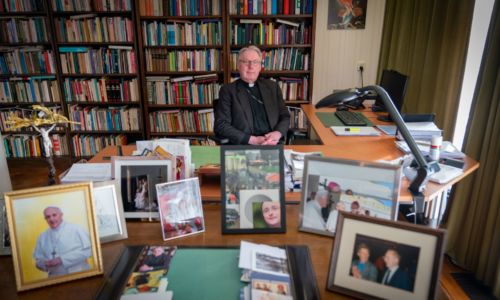 Bishop De Korte: ‘The bond with the university has become less intense’ 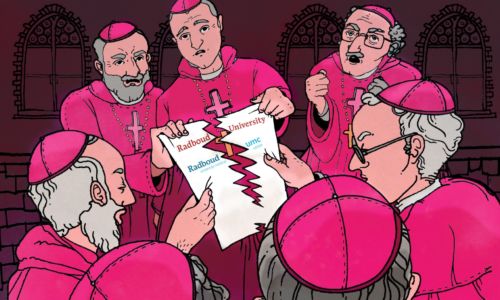