Scientists present photograph of black hole in our own galaxy

Three years after the first photograph of a black hole, scientists of Event Horizon Telescope (EHT) presented a new photograph yesterday. This time of Sagittarius A*, a black hole that is the centre of our own galaxy. ‘Through this research, we can better understand the role of black holes in the universe.’

In 2019, the team at Event Horizon Telescope (EHT) made headlines around the world. With the constructed photograph of black hole ‘M87′, black holes as predicted by Einstein’s theory of relativity became visible for the first time. Today, at several simultaneous press conferences, scientists from the same group are presenting their latest ground-breaking result: a photograph of the black hole in our own galaxy (see above).

‘We already knew that black holes that function as the centre of galaxies had to exist,’ professor of Astroparticle Physics Heino Falcke explained on Wednesday afternoon at a specially convened meeting for journalists at Radboud University. ‘After M87, the question was whether this discovery was a strange coincidence or whether we could confirm that this is how it works for many more galaxies.’

‘These black holes can pull focused beams of gas, that are millions of times heavier than the black hole itself, through the universe’

The findings presented today take the team a lot further in that direction. Although the results remain an ‘incomplete assembly of separate photographs’, according to EHT director Huib van Langevelde of Leiden University. Nevertheless, it is quite a step forward. ‘For the first time in history, we are looking at the physics that takes place around the observation horizon of black holes.’

This is very important, says Sara Markoff, professor of Theoretical High Energy Astrophysics at the Anton Pannekoek Institute in Amsterdam. ‘As well as being fun to test Einstein’s general theory of relativity, this type of research also helps us to better understand the role of black holes in the universe.’

In the universe, we have black holes that are quite similar to M87 and Sagittarius A*, Markoff explains. ‘These black holes can pull focused beams of gas, that are millions of times heavier than the black hole itself, through the universe. So research into black holes is not just about the holes themselves, but also about how they communicate with the universe.’

‘This black hole is a lot smaller than M87. That blurs the image’

The discovery of Sagittarius A* therefore also affects how we look at gravity, says Radboud PhD student Jesse Daas. ‘In the picture of M87 we saw a shadow, which was in line with Einstein’s general theory of relativity. However, there are alternative theories for gravity. Some of these predict that no shadow can be seen in black holes. And others that different black holes look different.’ The results presented today reduce the value of many of these alternative theories, says Daas.

Although the Sagittarius A* black hole is two thousand times closer than M87 – which is about 55 million light years away – photographing this black hole was a lot trickier. Markoff: ‘Because this black hole is a lot smaller than M87, the material circulates around it a lot faster. And that blurs the image.’ In comparison: whereas the image of M87 remains roughly the same for four consecutive days in front of the telescopes on Earth, that of Sagittarius A* changes every ten minutes. That makes it an enormously complex and time-consuming project.

The data for the photo was already collected in April 2017, which is also where the data for the photo of M87 came from. ‘That period was a really special time,’ says Daan van Rossum, software architect in the Radboud Radio Lab. ‘The weather was great at all the telescopes around the world. That does not happen often. Good weather is needed to pick up signals. Even if only one telescope is hampered by bad weather, the quality of the data is immediately reduced. We did more measurements later, but the data was never as complete as in 2017.’

The researchers had to wait a long time for this day and were therefore very much looking forward to today’s announcement. Falcke: ‘When we first saw the data, it felt like a first kiss. Today is the wedding.’

The press conference is available via this link.

How was the photo created?

Sagittarius A*, also known as Sgr A*, is an enormously heavy black hole in the centre of our galaxy and is about 27000 lightyears away from our solar system. The hole is 1500 times lighter and therefore 1500 times smaller than M87 and 100 times less powerful. To take photographs over this distance, researchers combined data from telescopes in Mexico, Hawaii, the South Pole, Chili, Arizona, and Spain. The telescopes look at the same source at the same time. Next, all data is combined. 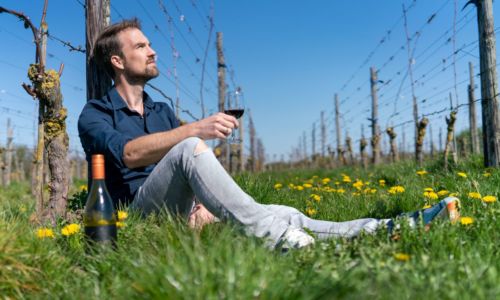