Home » English » AKKUraatd and asap once again share all the seats

AKKUraatd and asap once again share all the seats

For the fourth year in a row, the two student parties each claim four seats in the University Student Council. Asap comes out on top with 155 votes more than AKKUraatd. Voter turnout was lower than last year, possibly due to technical problems.

The results of the University Student Council elections are becoming highly predictable: a 4-4 draw. Once again, all the seats are divided between AKKUraatd and asap, as announced this afternoon by Radboud University during a livestream from the Berchmanianum. Asap attracted most student votes: 2088 against 1933 for AKKUraatd.

This represents a remarkable recovery for asap, especially since this summer there was to be a vote about closing down the party. In an official response, asap leader Marie-Sophie Simon says that she is ‘incredibly proud’ of the results. ‘We worked really hard in the past weeks. It’s great to see that our efforts have paid off!’

AKKUraatd leader Isabelle Kik says that she’s happy with the election results. ‘It’s a pity that we’re not the largest party, but we’re happy with the number of seats. And we’re really enthusiastic about representing the interests of students in the year to come.’

The election week was not without glitches: members of AKKUraatd and asap complained that the voting system suffered from technical failures. Official secretary Betty Maessen briefly mentioned the problems during the livestream. ‘The elections did not go particularly smoothly, but we did our best under the circumstances. The cause of the problems is as yet unknown, although we hope to be able to say more about it soon.’

The fact remains that at 23.7%, voter turnout was much lower than in the last elections (26.6%). Asap leader Simon does not wish to devote too much energy to the technical failures. ‘These elections did not go very smoothly, but what’s done is done.’ AKKUraatd leader Kik expects this year’s Student Council to ask questions about it. ‘Because it really is a pity that fewer students were able to vote as a result.’ 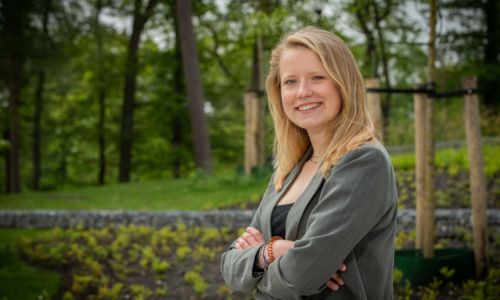 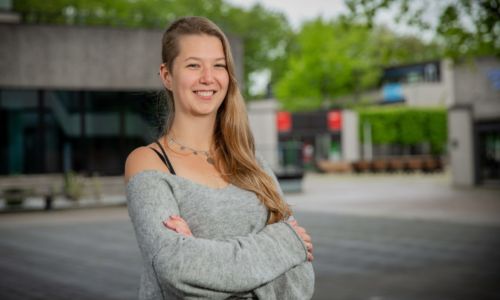 Marie-Sophie Simon (asap) from Germany aims to represent all students