Home » International » Academics are still taking too many short flights

Academics are still taking too many short flights

How often do Radboud University’s staff members travel by plane? Because no hard figures were available, students from the HAN University of Applied Sciences conducted a survey, supervised by the Green Office. One of the findings was that academics still fly regularly to destinations like Berlin, London and Paris.

‘We think that the survey was mainly completed by people who fly regularly,’ said Green Office coordinator Thijmen Sietsma. ‘The study is therefore not representative, but it is indicative.’

Survey respondents go on an average of 3.49 international trips per year, two thirds of which are by plane. This means that staff take between 4.365 and 6.43 flights a year. More than a quarter of these trips are shorter than 700 kilometres.

The study seems to indicate that the number of flights someone takes depends on their position. Professors reported taking the most flights on average (4.72 per year), followed by associate professors (3.67), assistant professors (2.05), PhD students (1.88) and postdocs (1.84).

Almost nine out of ten respondents regard travel abroad as a necessary part of their work, for example, to keep abreast of international developments in their field. Just under half of academics go abroad to attend or present a paper at a conference. They mention networking and knowledge-building as added bonuses, as well as personal contact with their peers.

The willingness among staff to travel less varies. 46.8% of staff members are somewhat or entirely willing to make fewer international work trips to contribute to a sustainable world. Just over a third of those surveyed were not prepared to do so.

According to the study, it is currently deeply ingrained in staff members to focus more on costs than on sustainability when booking a flight. When they book a trip, they look mainly at travel time and travel cost. Only when these criteria are favourable do they turn their attention to other criteria, such as the sustainability of the trip.

Finally, the study shows that almost half of the staff at Radboud University and Radboud University medical center do not currently feel they are being encouraged to travel sustainably. More than 80% of staff members believe that organisations should take more measures to reduce the ecological footprint of international work-related travel. ‘This has strengthened our conviction to introduce a flying policy’, says Sietsma.

At present, Radboud University has special rooms in four buildings where video conferences can be held. Sixty-five percent of respondents said they were unaware of these facilities. A majority (41.7 percent) do not think that video conferencing is a good alternative to international travel, while 35.3 percent believe that it is a good idea. 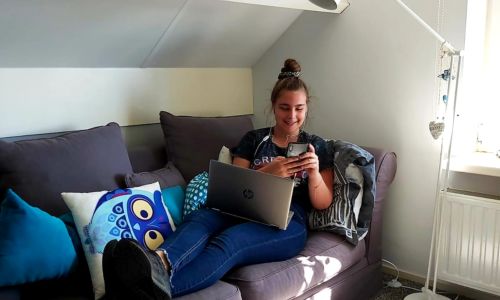 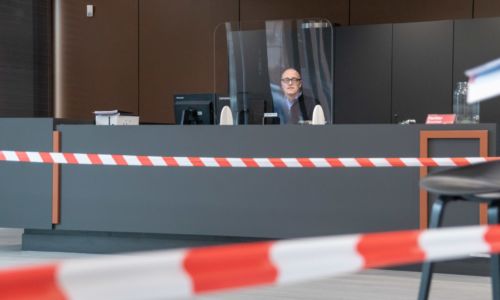