The festival that was planned as the festive opening of the Maria Montessori building has been cancelled due to severe weather conditions. This afternoon, an hour and a half before the festivities were to start, everything was called off for safety reasons.

A stage, bars, food trucks, beanbags: everything was ready for MariaLand, the long-awaited festive opening of the Maria Montessori building. Until it started raining and code orange was announced. Rain and thunderstorms swept over the building the entire afternoon, causing the party to be cancelled at the last minute. For safety reasons, a spokesperson from the university said.

The Royal Netherlands Meteorological Institute (KNMI) had even issued code orange for the east of the country. Although the day started out sunny, the warning was not unjustified. When the storm broke out, the festival grounds between the Maria Montessori building and the lecture hall complex quickly turned into a water ballet.

The organisation, which had spent two full days building up the festival, was quite annoyed to say the least. ‘We are fed up,’ says one of the organisers. Some 800 people were expected at the opening. Around 3 PM the dismantling started.

It is not the first time that heavy rainfall has caused inconvenience at the new Montessori building. Last year, the cellars were flooded after a heavy storm. 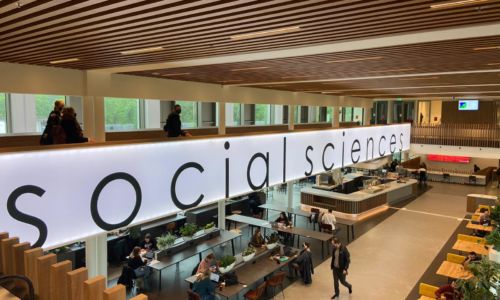 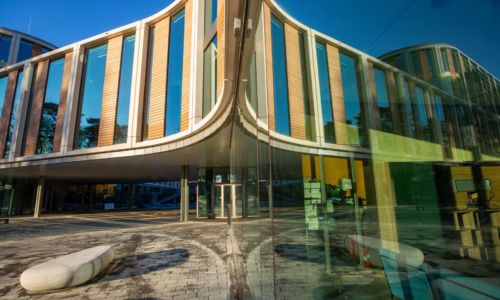